Country legend Ray Price has died after a battle with pancreatic cancer. He was 87 years old. 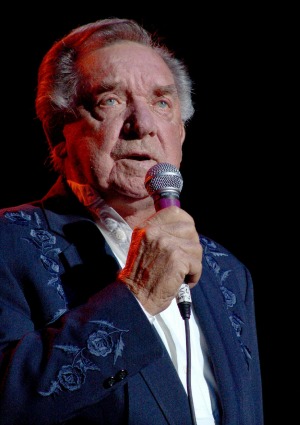 Ray Price, a Country Music Hall of Fame inductee and music legend, has passed away after battling pancreatic cancer. He was 87 years old.

Just days before his death, knowing the end was near, Price released a statement to fans via Texas new station KLTV.

“I love my fans and have devoted my life to reaching out to them,” he said. “I appreciate their support all these years and I hope I haven’t let them down. I am at peace. I love Jesus. I’m going to be just fine. Don’t worry about me. I’ll see you again one day.”

Price, who was leaving the hospital to spend his final days at home, was joined by his wife in keeping fans apprised of the situation.

“With God’s blessing he has not had extreme pain,” she explained. “But it’s with great sadness that I announce to you today that my beloved husband has entered the final stages of his cancer that he has battled for 25 months. Anyone who knows Ray is aware that he has strong convictions and great faith in God. It’s his decision to leave the hospital and return home to spend his final days on his beloved ranch surrounded by the comfort of his home, family and friends.”

The Sound of Music star Eleanor Parker dead at 91 >>

A rep for the couple confirmed the icon’s death today, adding that his family is “so grateful for your prayers.”

Price joined the Grande Ole Opry in 1952 and was heavily influenced by Hank Williams. Over the next 20 years he became known as one of country music’s foremost innovators and reached number one for the first time with the 1956 hit “Crazy Arms.”

Other country music stars paid their respects to the legend on Twitter.