She knew right from the start he was going to be her husband. Ashley Tisdale talks about her fiancé and her wedding plans. 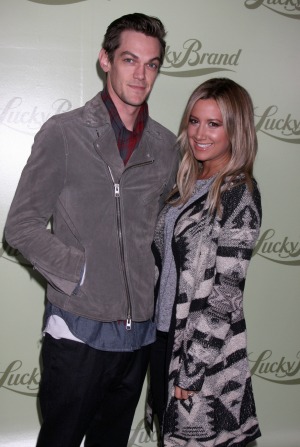 Even though she’s only dated her fiancé for eight months, Ashley Tisdale knew that he was “the one” the moment they met. In an interview with On Air With Ryan Seacrest, the 28-year-old talked about her wedding plans.

Even though their courtship was short, Tisdale had no questions about their love.

“You know, I didn’t [think it’d happen that quickly],” she revealed. “I think I’ve obviously been in long relationships in the past, but I think because of knowing what I wanted, I wouldn’t have gone into a relationship if it wasn’t what I wanted. And I think from the moment that him and I met, I just knew it.”

The High School Musical star continued to gush about her fiancé, “I was like, ‘OK, this is the guy.’ And he knew the same thing. It was just this feeling that it doesn’t get any better. I can’t explain it!” she shared. “It’s just natural between us. With other relationships, you’re trying too much and trying to make it work and then there’s just a moment when you find somebody and you’re like, ‘Holy s**t! This is so natural.'”

The engaged duo already celebrated with an engagement party in November that included their families and celebrity pals like Corbin Bleu and Matthew Lawrence. However, they haven’t set a wedding date yet.

One thing Tisdale does know is that her wedding will be “small and about as private as we can get it.”

In the meantime, the Scary Movie 5 star is focusing in on her music career. She released a new single “You’re Always Here” on Monday which is dedicated to her grandpa, “Pop Pop” Arnold, whom she lost three months ago.