Homeland went there. They killed off a major player, even though he was barely seen during Season 3. Do you think it’s the last we’ve seen of Nicholas Brody? 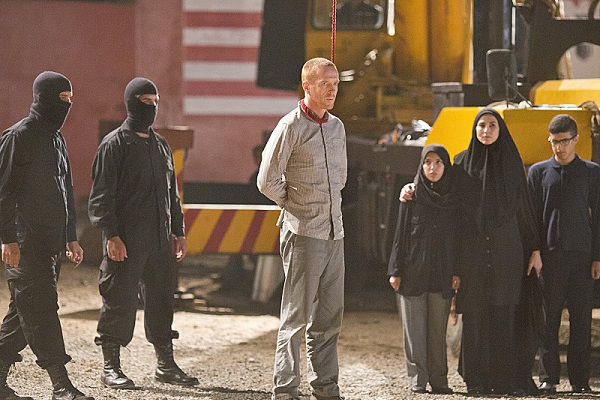 Nicholas Body didn’t even make an appearance on Homeland Season 3 until the third episode of the season, and then it took a while before he was seen again. It started to seem like the writers of the acclaimed season thought the character might be dispensable.

Unfortunately, for all of their attempts to assure viewers that Homeland was more than the relationship of Carrie and Brody, when you look back at Season 3 as a whole, it’s difficult to make a case for that sentiment. The best scenes come when Claire Danes‘ Carrie Mathison and Damian Lewis’ Nicholas Brody are interacting, even if it’s via telephone, and that was one of the most moving moments in the finale.

Did the Homeland team really have the guts to make the death permanent? Will there be some sort of last-minute save to bring Brody back to the living, sparing fans’ pain on this Showtime favorite?

The case for Brody’s resurrection would be the sheer number of implausible things that occurred on Homeland. Apparently, anything is possible. In the finale alone Brody was able to pull off a murder and casually walk out the office and building of what was supposed to be the most highly guarded individual in Iran. It was ludicrous.

Would it be any more ridiculous to think that Javadi might have had some sort of neck guard on Brody that allowed him to put on the act of dying — another in-joke between he and his old pal, Saul (Mandy Patinkin) — that would have given Brody the opportunity to escape death, but appear to be dead to the entire world? No.

Books to read if you love Homeland >>

Do we think that happened? Again, no. The simple fact of the matter was that Homeland painted themselves into a corner with the Carrie and Brody story. The show had become all about them, because they were the most fascinating characters to watch. Everyone else seemed like an afterthought.

Peter Quinn (the delightful Rupert Friend), had the beginning of an intriguing story when he realized he no longer felt the work they did was worth the risks involved. All of that was dropped when they decided to use Brody as a pawn in their mission.

The only clear choice for the show and for Brody was for him to die. Even Brody knew it when he said, “I want it be over.” There was no place left for him to live any sort of life as he knew it; nowhere for him to run.

On television, and on Homeland in particular, there’s always a chance everything we saw was not what we believed we saw at all.

What about you? Do you think Nicholas Brody is dead and gone, or will he make his way back to Homeland?