Breaking Bad‘s lawyer, Saul, is set to return to AMC and shortly after to appear on Netflix. That’s right! There’s news on Better Call Saul. 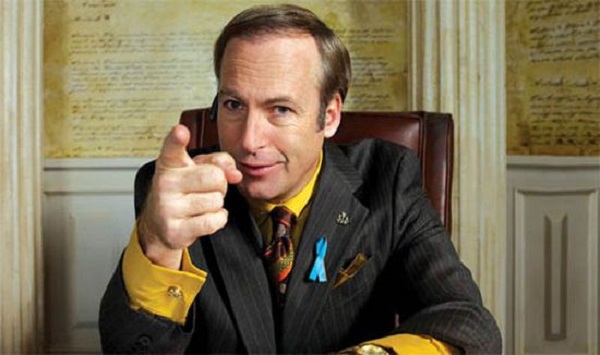 Great news, Breaking Bad fans! The spinoff, Better Call Saul, really is happening and will hit Netflix sooner than you might expect. AMC has inked a deal with Netflix that gives the company rights to begin streaming the series just days after its finale airs on AMC, instead of waiting months.

The project has had the full support of Sony since its inception, with Variety claiming that the company was ready to take it straight to Netflix if AMC wasn’t interested in pursuing the spinoff. Luckily for cable subscribers, AMC jumped on it. And if you don’t have cable, there’s no need to worry since Netflix will still share access to Better Call Saul‘s first season long before they usually do. Of course, we could all still face a months-long wait for the show’s premiere on cable. AMC has yet to set a premiere date, only stipulating that it will come to fruition some time in 2014.

Breaking Bad withdrawal? See what the cast is up to next! >>

The show is centered on Saul, Breaking Bad‘s go-to lawyer, and serves as both a prequel and sequel to the recently-ended AMC hit Breaking Bad. Saul (Bob Odenkirk) may have often had decent intentions, but the lawyer’s moral and ethical compass was always skewed a little left of true north. With his offices located in a strip mall and his questionable clients, Saul was the Danny DeVito of Breaking Bad: He had a no good, greasy gomer aspect to him and yet you thoroughly enjoyed every minute he graced the screen. When Breaking Bad came to an end, it was Saul in particular fans were curious to see more of.

Perhaps the best part of the spin-off, though, is the promise of more Walt and Jesse. Variety confirmed that while they won’t play major characters, we will see guest appearances from both Bryan Cranston and Aaron Paul.

We couldn’t be more excited! As soon as we know more, we’ll be sure to share it with you.