After multiple rumors that Khloé Kardashian and Matt Kemp were dating, reports are claiming that the pair are just friends. For now. 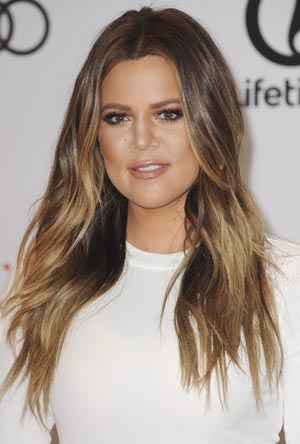 Rumors were flying high that Khloé Kardashian was dating Matt Kemp just hours after she filed for divorce from her husband Lamar Odom. But new reports claim that they’re just friends, even though things could get romantic in the future.

The newly single reality star and the Dodgers outfielder have apparently been pals for a while and often hang out together. “They are just friends and have been for a long time,” a source told People magazine.

It’s over! Khloé Kardashian files for divorce from Lamar Odom >>

“Khloé is absolutely heartbroken right now,” the source continued. “Dating someone is the last thing she’s thinking about.”

However, another source in the know added that things could get romantic in the future between the two friends. “But Khloé wasn’t spending time with him when she was still with Lamar. She absolutely wasn’t. People need to remember that she and Lamar haven’t lived together since June.”

So, while Kardashian and Kemp didn’t see much of each other before June, they sure did lots of things together after. The two went on a concert spree in the last few weeks, going to see Drake on Nov. 25, John Legend on Dec. 1 and Jay Z on Dec. 9.

Khloé Kardashian will have simple divorce from Lamar Odom >>

Kardashian and Odom’s split was a longtime coming. The basketball player had come under fire for his alleged drug addiction and use of prostitutes in the last few months. Sources claimed that it wasn’t a matter of if Kardashian would divorce Odom, but when. Apparently, she wanted to wait until her troubled husband was in a better place for fear he’d do something like OD if she dumped him too soon.

The last straw for Kardashian reportedly came when a weird video of Odom rapping was posted online in which he sang about cheating on his wife when she was away.