Harry Styles has had enough of the paparazzi invading his space and harassing him, and finally decided to take them to court, and he won. 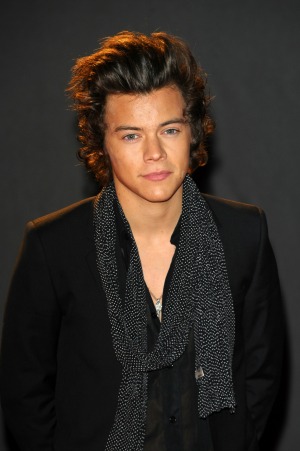 Being in showbiz comes with its pros and cons, and one of the definite cons for many celebrities is constantly being hounded by the paparazzi.

This has certainly been the case for One Direction, and one of their key members, Harry Styles, felt very strongly about the paps invading his privacy and constantly harassing him.

Style’s attorney, David Sherborne, appeared in London’s high court today in a bid to get photographers to give Styles some space. Sherborne told the court, “This is not a privacy injunction. Mr. Styles is not trying to prevent fans approaching him in the street and taking photos.”

“He remains happy to do that, as he always has. Rather, it is the method or tactics which have been used by a certain type of photographer.”

After months of trying to persuade the paparazzi to give him some space, the 19-year-old heartthrob finally took then to court and won.

Mrs. Justice Nicola Davies has ruled in favor of the Best Song Ever singer‘s claim and has granted the order against the unidentified individuals. They are no longer allowed to pursue him in a car or motorcycle, place him under surveillance or loiter within 50 meters of his home.

This is not the first time that One Direction has had a serious run-in with photographers, and it’s proving to be quite a security risk.

Fellow boy-band member Niall Horan also previously revealed how much he dislikes the paps to E! News, as he recalled one incident in particular that took place at LAX airport.

Horan said, “We came out of this exit and there was, like, loads of paps — like 50, 60 paps — and the fans were behind them, so obviously we wanted to stop and see the fans because we haven’t been to L.A. for a while.”

“They just started getting really aggressive, they started pushing each other, which meant we got pushed. Then someone pushed me and dragged me to the floor.”

This is a massive step in the right direction for Styles, and he’s not the only celebrity to be winning cases against the paparazzi lately.

Let’s hope the One Direction boys are kept safe now.