Charlie Sheen is no stranger to bitter feuds and his anger is currently focused on ex-wife Denise Richards because of her Christmas celebration plans. 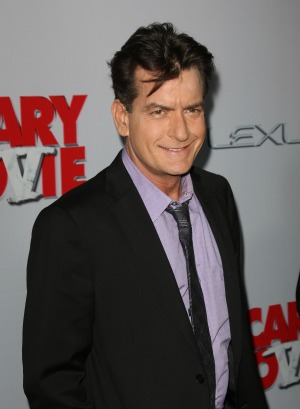 There is once again trouble in paradise for Charlie Sheen, and the latest person to have angered him is his ex-wife Denise Richards.

The couple has remained amicable (minus a few spats) since their divorce and the Undercover Brother actress has been a big part of Sheen’s children’s lives, even having taken custody of his twins with his other ex, Brooke Mueller, for a while.

However, the Anger Management star has now lashed out at 42-year-old beauty on Twitter, and he has some less-than-pleasant things to say about her.

Why? Well, apparently Sheen is angry because Richards excluded him from her Christmas holiday plans with their daughters Lola and Sam.

Family matters are a touchy subject for the 48-year-old actor because he’s already involved in a very messy custody war with his ex-wife Brooke Mueller over their twins, Bob and Max. The twins are currently in the temporary care of Mueller’s brother Scott, so there may be no hope for the Blue Mountain State star to see them this Christmas.

Sheen took to Twitter to air his dirty laundry and share exactly what he thinks about being left out of the holiday. According to TMZ, a picture was posted of a destroyed souvenir from the former couples’ wedding day in 2002, a baseball bat which reads, “Have a home run of a life”.

The objects had been destroyed with a sharp knife and the bizarre picture, which has since been deleted, was captioned: “More like a feeble ‘K,’ The lie is over. I’m done being treated like a relative with a one-way ticket. #DuhNeese [sic].”

All this anger from Sheen has apparently confused Richards, who says that he is welcome on the holiday.