The school shooting last week was personal to The Carrie Diaries actress AnnaSophia Robb, and she wants something done about it. 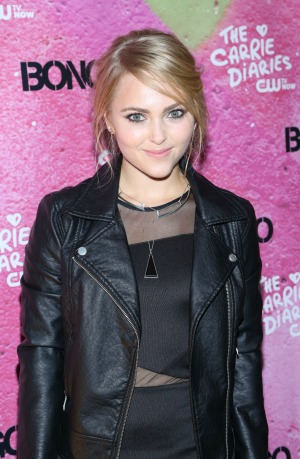 The news of yet another school shooting on Friday, Dec. 13, hit actress AnnaSophia Robb especially hard. The Carrie Diaries actress is an alum of Arapahoe High School near Denver, where the shooting took place.

School shootings: How to talk to your kids about violence >>

Robb landed her first role at 11, on Drake & Josh, and followed that up with major movie roles including Because of Winn-Dixie, Charlie and the Chocolate Factory and Soul Surfer. She also appeared in The Way, Way Back earlier this year.

But even with her early success in Hollywood, she still managed to attend high school in her home town of Centennial, Colorado.

In 2009, the school newspaper did a story on her and how, despite her success, she was working to live a normal life.

Robb was obviously both sad and angry about the shooting, and she later made a plea for stricter gun control.

The 20-year-old actress was later live-tweeting for the night’s episode of The Carrie Diaries, but was obviously keeping an eye out on the situation that had unfolded in Centennial.

The 18-year-old shooter ended up taking his own life, but not before shooting 15-year-old Claire Davis, who is currently in critical condition. Robb is doing what she can to get One Direction to visit Davis. The teen is reportedly a big fan of the group.

The shooting happened only a day before the one-year anniversary of the shooting at Newtown, Connecticut. Robb continues to share her thoughts on the events of the day, and is showing support for Davis with the hashtag #prayforclaire.