Another Golden Age star has burned out. This time, it is Oscar-winning actress Joan Fontaine, who sadly passed away in her sleep on Sunday. 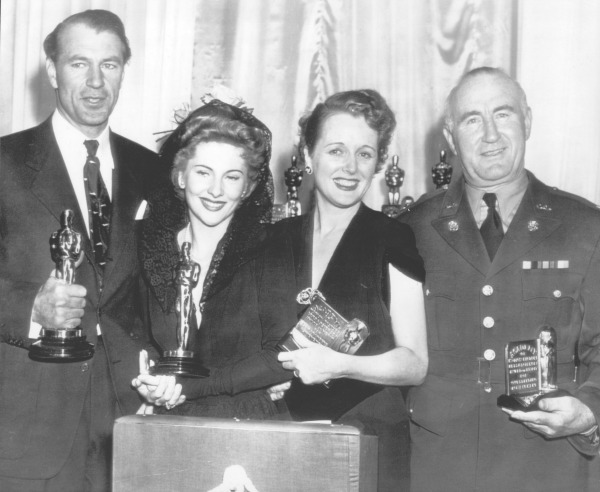 Noel Beutel, a friend of Fontaine’s, told Reuters, “She was an amazing woman, she had such a big heart and she will be missed.”

Fontaine made a name for herself as one of Hollywood’s greatest Golden Age actresses and her career spanned nearly six decades. She starred in several of the great Alfred Hitchcock‘s classic films, including Suspicion, co-starring Cary Grant. Her outstanding film performance earned her an Oscar in 1942. In fact, the honor gave the talented actress the title of being the only actress to ever win an Oscar for a Hitchcock film.

The Rebecca star moved to California in 1919 with her older sister and bitter rival Olivia de Havilland, who became another successful actress.

Although, sadly, the two siblings did not enjoy a close relationship. According to the Washington Post, Fontaine once said, “I married first, won the Oscar before Olivia did, and if I die first, she’ll undoubtedly be livid because I beat her to it!”

Fontaine may have been a very successful actress, but her private life was far less glamorous. Although she was estranged from her sister and an adopted daughter, and divorced four times, she was known to be incredibly gracious to her fans throughout her life and thus earned the love and respect of the public.

Our thoughts are with all those who loved the elegant Fontaine and her two daughters.