Lindsay Lohan has had a troubled life filled with drugs, depression and heartbreak, so the latest news that she plans to write a tell-all book has the world excited about the juicy secrets she’ll share. 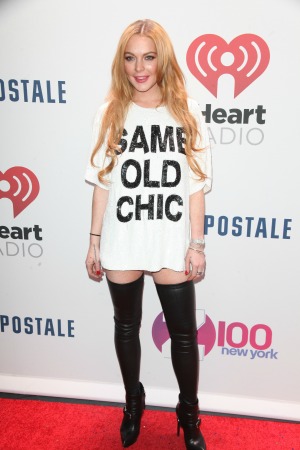 The world watched troubled starlet Lindsay Lohan struggle with addiction over the years, but after several failed rehab stints for the actress, it seems as if the latest one has finally worked.

The Canyons actress is doing well on her road to recovery since completing her 90 days of court-ordered treatment in California, and now she is ready to reveal her deepest and darkest secrets in a new tell-all book.

The 27-year-old star has certainly had a very interesting life, and according to reports from TMZ, she has had plenty of offers to write a tell-all book.

Fans are excited to hear she may actually be writing one in the very near future. The idea stemmed from her rehab journal entries, which were a therapeutic part of her recovery process.

It has been reported that the Mean Girls star met with literary agency Waxman Leavell in New York on Thursday to discuss the project. The book will include some very juicy details of Lohan’s past trials, including her struggles with the law, addiction problems, growing up as a child star and her very famous relationships. The meeting also was reportedly filmed on Oprah’s OWN network docuseries.

Lohan appears to be keeping on the straight and narrow for the past few months and has not had any run-ins with the law. Although, she was most recently accused of being involved in an attack on Paris Hilton’s brother Barron Hilton.

We hope the rumors are all true because Lohan’s book would certainly make a very interesting read.