Leonardo DiCaprio, one of Hollywood’s most successful actors, has managed to avoid the darkness and drugs that are so common in the industry. 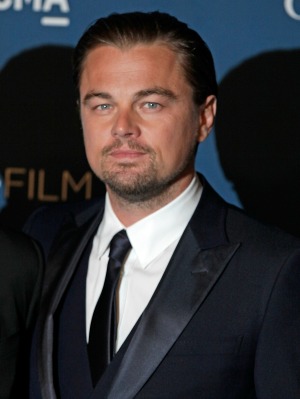 Leonardo DiCaprio has enjoyed a very successful Hollywood career and has been the star of many hit films.

However, unlike many other stars who have struggled under the pressure of constantly being in the public eye, The Great Gatsby actor has not fallen into the destructive spiral of using illegal substances.

DiCaprio is quoted by The Sun newspaper as saying, “I’d seen all the hedonism and insanity of the world of drugs. I grew up in a hard-core neighborhood.”

“Then coming to Hollywood and actually starting to make a career, you see the stuff around you and you’re like, ‘I saw this at age seven’. It’s never really been a problem for me.”

The actor certainly has his head screwed on straight and is extremely focused on his career: He has already been nominated for three Academy Awards and nine Golden Globes, and could be in the running to receive an Academy Award for his outstanding performance in his latest role as former stockbroker Jordan Belfort in The Wolf of Wall Street.

However, the Inception star is not getting too excited about the accolade just yet because he has realized what a cutthroat business awards shows can be.

DiCaprio said, “I realized long ago you can’t control what people think is worthy of an award. That’s so beyond your control. It’s something one shouldn’t even attempt to manipulate, because, if you do, that’s transparent. I have no idea [how I’ll get on], I really don’t.”

We hope that DiCaprio will take the Academy Award for his latest performance because we may not be seeing him on the big screen for a while. DiCaprio revealed to The Sun, ”I have done three films in two years. I am most certainly drained now. I will now take a long break before I come back.”