Here’s a hint: The shooter on Revenge is a Grayson. We finally have the scoop on who pulled the trigger and what’s to come. 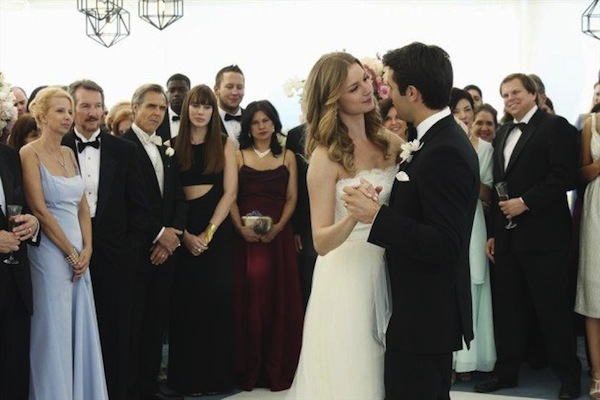 While Season 3 of Revenge is definitely an improvement from the previous season’s missteps, the show is still clouded by the ghosts of its past as it struggles to gain ground with the story. The midseason finale seems to unexpectedly try to clear up this fog by starting fresh. While we’re inclined to roll our eyes at the cliché soap opera direction, we must admit that it just might do the story line some good.

Warning: Do not continue reading if you don’t want all of the details on the Season 3 midseason finale of Revenge. Major spoilers are below.

Sunday night’s midseason finale of Revenge finally clued us in to the identity of Emily’s (Emily VanCamp) shooter. Let’s not beat around the bush: Daniel (Joshua Bowman) pulls the trigger. That’s right! Hours after saying their vows, the groom shoots the bride.

We had a sneaking suspicion he’d be the one to snap. He’s not exactly the loving fiancé to begin with. Plus, Daniel’s always been the biggest pawn in the entire show. It was only a matter of time before his reality came crashing down. 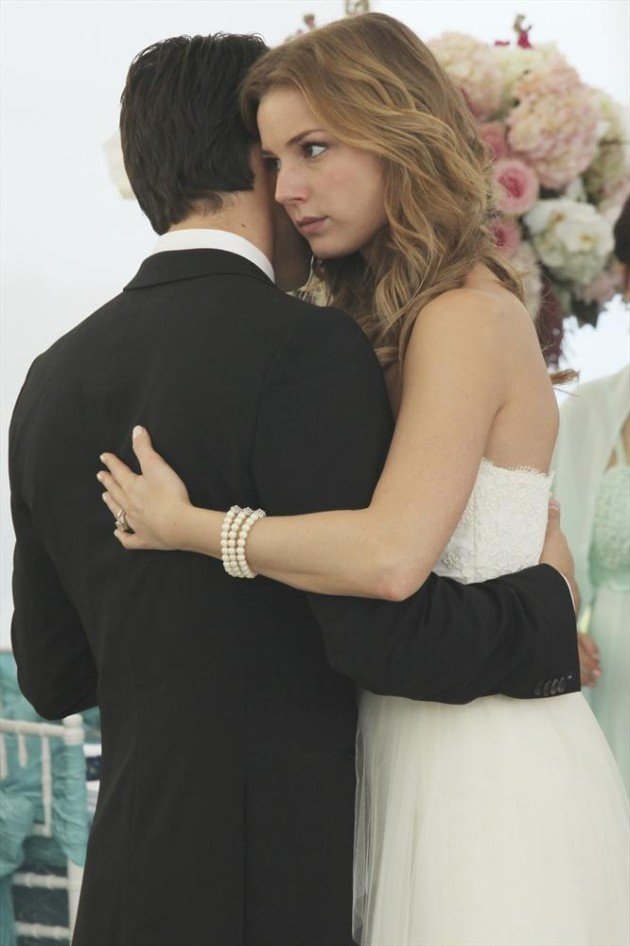 That’s exactly what happened on Sunday night, thanks to an overheard conversation between Emily and Victoria in which Victoria finally has proof that Emily has been manipulating the Graysons. To make the moment even more rich, Emily also admits to faking the pregnancy. Victoria’s easy enough to deal with. Aiden just gives her a healthy dose of chloroform and drags her off.

Daniel, on the other hand, is the unexpected variable. He’s drunk enough and crushed enough while realizing his entire relationship is a lie, to do something rash. He gets his hands on a gun, which he uses to shoot Emily twice in the stomach.

Thanks to the promo at the end of the episode, we know Emily survives the attack though she’ll be left without a memory. Could this be the end of her revengenda by default? Of course not!

It’s a clever way for the show to get a repeat and refocus opportunity, and it just might work. Add in some more pressure and dramatic tension in the form of Victoria and Daniel’s discoveries and things on Revenge just might be getting interesting again.

39 mins ago
by Alyssa K. Davis