On the Cougar Town cul-de-sac, he’s Jules’ strangely lovable schlub of an ex, Bobby Cobb. But there’s far more to actor Brian Van Holt than meets the eye. Here are a few of (the many) reasons he makes us weak in the knees. 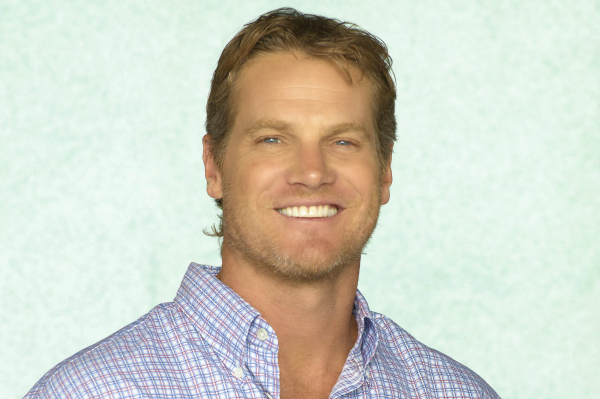 He doesn’t kiss and tell

Even though the rumored romance was never confirmed by the couple, Brian Van Holt and Courteney Cox made the transition at some point from co-stars to real-life lovers. In an interview with Us Weekly earlier this year, at which time he’d reportedly been dating Cox for six months, the actor had nothing but positive things to say about the ex-Mrs. Arquette. “Courteney’s amazing,” he enthused. “Courteney’s phenomenal.” Sweet, right? Even sweeter is the fact that a month later, when David Arquette drunkenly called into The Howard Stern Show and spilled details about Van Holt and Cox’s relationship, Van Holt kept it classy and remained mum out of respect for Cox.

He gushes over babies

Regardless of whether you’re a quote-unquote kid person or not, there’s just something about a man who loves babies that elicits an ooh-and-ahh response. Must be genetically coded — you know, propagation of the human race and all. And when the man looks like Brian Van Holt, well, that’s good for an especially enthusiastic response. At the L.A. premiere of the series The Bridge, the soft-hearted actor couldn’t help gushing to E! News about co-star Busy Philipps’ “beautiful baby.” Aww! And when asked about the fact that the baby didn’t have a name yet, Van Holt joked, “I said Bobby. I think they should name it Bobby, but they weren’t going for it.”

He made a cameo on Sex and the City

Although his character was less than desirable, Van Holt’s cameo on the HBO sitcom makes us swoon simply because it is one of our all-time favorite shows. And who can forget his portrayal of Wylie Ford, the actor who makes his way into Charlotte’s gallery and mistakes a fire hydrant as art? Or who pees on walls and demands Charlotte to go into the bathroom and take off her panties? Enlightened, he was not… but he was still strangely likable, much like his character Bobby Cobb on Cougar Town.

He can make even a mullet and a mustache look good

As Jules’ (aka Courteney Cox) ex on Cougar Town, Van Holt nails his portrayal of man-child Bobby, whose motto is “Life is a lot like golf. You gotta take it one stroke at a time!” and whose aspirations include drinking so much that he craps his pants in every country. True story. So why is it that we still find him charming? Whether he’s rockin’ a mullet or waxin’ poetic from beneath the ‘stache, he manages to make us a little weak in the knees. I mean, c’mon… there was a reason Jules fell for him way back when, right? He’s that guy that, despite often getting in his own way, always comes out on top somehow. How else can you explain Penny Can?