The world has lost an icon from film and the stage. Actor Peter O’Toole’s family announced that he passed away on Saturday. 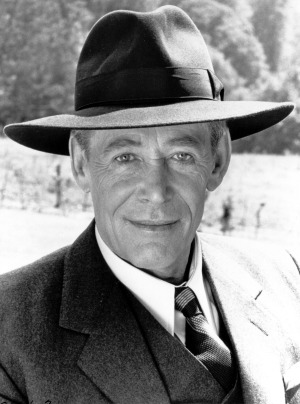 Actor Peter O’Toole died Saturday, Dec. 14, at the age of 81, leaving behind a legendary life and film-and-stage career.

O’Toole was nominated for eight Academy Awards, including for his title role in 1962’s Lawrence of Arabia, the film that made him a legend. His last nomination was for Best Performance by an Actor in a Leading Role for the 2006 film Venus. Sadly, he never took the Oscar home for a role, but he did win four Golden Globes and numerous other awards.

With the nomination for Venus, he surpassed Richard Burton as the most-nominated actor to never take home a competitive Oscar, according to Variety.

“He was a giant of his profession,” O’Toole’s agent, Steve Kenis, told The Wall Street Journal.

The actor finally took home an Oscar in 2003, when he was given an Honorary Award by the Academy. During the award’s presentation, it was explained that his “remarkable talents have provided cinema history with some of its most memorable characters.”

“Always a bridesmaid, never a bride, my foot,” the actor said jokingly while accepting his award.

O’Toole at first asked the Academy to defer the award, saying he was “still in the game and might win the lovely bugger outright, would the Academy please defer the honour until I am 80” (via Variety).

O’Toole took on numerous roles throughout the rest of the 20th century and up until his death. In fact, he never seemed concerned about the awards he won — just the quality of the roles.

O’Toole was most recently seen in The Tudors, and he lent his voice to Ratatouille. In 2012, he announced he would be retiring.

“It is time for me to chuck in the sponge,” he said. “The heart for it has gone out of me.”

Numerous figures around the world, including the Irish president, expressed their grief over O’Toole’s death. O’Toole was born in 1932 in Connemara, County Galway, Ireland, but was raised mostly in Leeds, England. The actor’s family thanked his friends and fans for their thoughts at this difficult time.

“His family are very appreciative and completely overwhelmed by the outpouring of real love and affection being expressed towards him, and to us, during this unhappy time,” his daughter, Kate O’Toole, said in a statement.

Peter O’Toole filmed a few projects shortly before his death, including the film Katherine of Alexandria, so we will be enjoying new performances from him for a while. And, of course, his legacy will live on for centuries to come.