The cast members of Cougar Town play off one another so seamlessly, it’s difficult to imagine these actors’ careers before this show brought them together. Here’s a look at what all our favorite characters did before they moved to Florida.

Unless you lived under a rock in the ’90s, you already know that before Courteney Cox played Jules, she was Monica Geller on Friends. In 1984, Cox kicked off her career when she hopped up on stage with Bruce Springsteen in “Dancing in the Dark” to perform some awesomely bad dance moves. Cougar Town‘s lead matriarch has been in dozens of movies and TV shows, but Friends aside, we probably remember her most for her role in Ace Ventura: Pet Detective, her contribution to the Scream franchise and for her character Dr. Maddox on Scrubs. 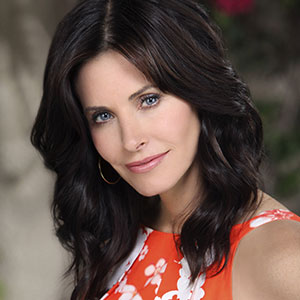 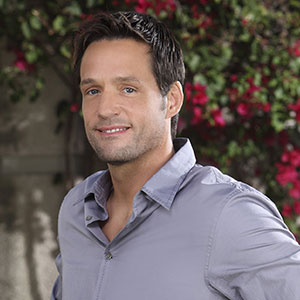 Like his co-star Cox, Cougar Town‘s Grayson — Josh Hopkins — made a sort of bizarre cameo in Alanis Morissette’s “Unsent.” Also like Cox, Hopkins’ hair is terrible in that video. That was so 2006. Now we love to lust after Hopkins as Jules’ hot-neighbor-turned-husband in Cougar Town. Pre-CT, Hopkins appeared in several television shows, including Ally McBeal, and had parts in the movies The Perfect Storm and G.I. Jane. 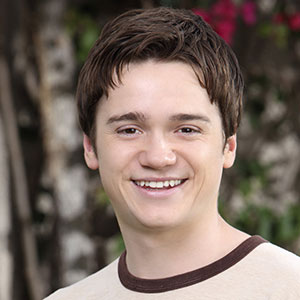 Jules’ long-suffering but adoring son, Travis, is played by Dan Byrd. In Cougar Town, Byrd plays the quiet, smart one who must tolerate his mother’s mania, Laurie’s ditziness and his father’s cluelessness. Despite his youth, Byrd has an impressive roster that features parts in Mad Men, Boston Legal, Aliens in America and ER (to name just a few). 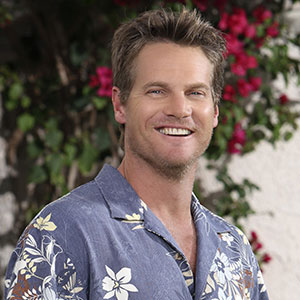 Bobby Cobb, Jules’ ex-husband, is the ex that you vacillate between wanting to strangle and wanting to hug. Brian Van Holt plays Bobby to perfection, but we remember him from his early days on A Very Brady Sequel. He played Marcia’s love interest right up until Marcia and Greg both met their romantic hopefuls in a coffee shop and Marcia scared off her boy toy (Van Holt) with stories of her hair styles and by flirting with her brother. More notably, Van Holt has also been in Black Hawk Down, Windtalkers, Basic and Confidence with some of Hollywood’s finest. 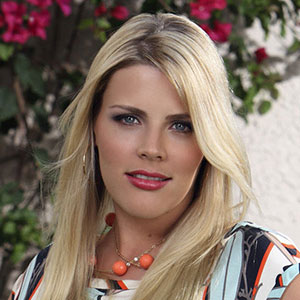 New mom to second baby Cricket, Busy Philipps adds priceless humor to Cougar Town as Laurie Keller, who delivers one misguided gem after another. Who can forget when Grayson complimented Laurie’s business suit and she replied that she “feels like the woman who used to visit her house every six months when she was growing to see if she got to keep living there.” Philipps has been a television staple for more than a decade with characters on Dawson’s Creek, ER and Freaks and Geeks. 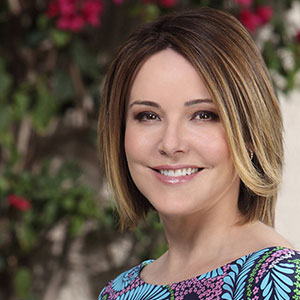 Few in the “biz” can deliver cutting sarcasm like Christa Miller, who plays Jules’ snarky best friend and neighbor, Ellie Torres. We grew to love her forked tongue in Scrubs, and Miller fans fondly remember her from her ’90s stint as Kate O’Brien on The Drew Carey Show. Now we love to listen to Ellie cut down the unflappable Laurie. Long live Ellie and her biting wit! 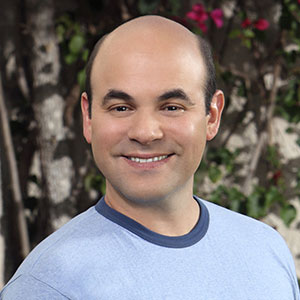 Who doesn’t love to love Andy Torres, who is best friends with Jules’ ex and the tolerant and adoring husband of Ellie? Ian Gomez’s Hollywood resume is a long and impressive one that includes television shows like The Middle, Grey’s Anatomy, Rita Rocks and The Drew Carey Show.