From Freaks and Geeks to Dawson’s Creek, Busy Philipps sure knows how to pick ’em. And her current gig as Laurie Keller on Cougar Town is no exception. Because we’re part of the actress’ cult following, we dug up a few little-known facts about Philipps. 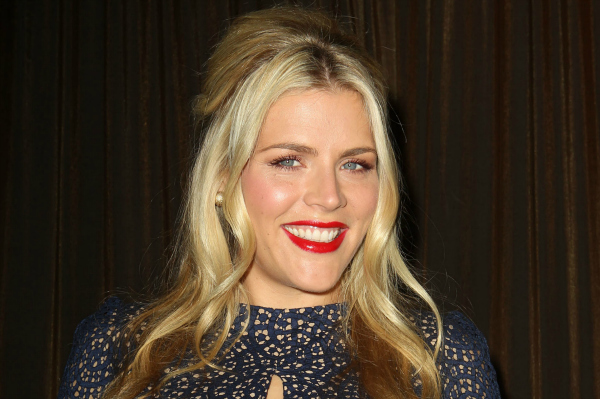 Um, toes? “I have the same pet peeve as Anderson Cooper, which is bare feet in public,” Philipps explained to The Huffington Post. “I hate it. It so grosses me out, especially in New York. Oh my God, New York in the summer with people and their feet in their sandals and their flip-flops — like, get it away!”

While Philipps seriously admires her fashionable friend’s wardrobe, swapping threads just isn’t gonna happen. “I don’t know if this is clear when you see us together but she is a peanut and I am a giant human, so no, we don’t share clothes,” the funny actress told Lucky magazine. “Although it is like the bummer of my existence.”

Although the family now typically spends New Year’s in San Miguel, Philipps and her husband, Marc Silverstein, have been known to host some pretty elaborate parties on the night in the past. “We’d have crazy extravaganzas with fake snow,” she shared in an interview with Refinery29. “One year we projected March of The Penguins and made things freezing and fun in L.A. Another year we projected Raise the Red Lantern, that cult film, and had red lanterns everywhere.”

She has strong opinions about waxing

During an appearance on The Conversation, Philipps had plenty to say when host Amanda de Cadenet asked the actress whether she prefers shaving or waxing. “I love this question,” she responded. “I do get waxed, but after I had my daughter I had this real epiphany. I felt like it would be really f*****g weird if I had no hair on my vagina because I have a little girl and I want her to look at me and think that grown women have hair on their vaginas!”

She named her second born after an insect

Shortly after Philipps’ second daughter was born, the mama of two appeared on GMA Live and explained naming her new bundle Cricket. Laughing, Philipps revealed that one look into her daughter’s eyes confirmed that none of the names they’d picked out would work. The name Cricket came into contention because the newborn had a habit of rubbing her legs back and forth, like “a cute little bug.”

She got paid to make out with James Franco

As tough girl Kim Kelly on Freaks and Geeks, Philipps landed fellow “freak” Daniel Desario — played, of course, by none other than James Franco. The two had an, ahem, affectionate relationship. “I was only 19, but I remember that Franco and I had a really good time making out,” she spilled to The Advocate. “I loved that relationship because Kim and Daniel were so passionate they just had to stick their tongues down each other’s throats.”

This lady can bake some serious cakes

If you happen to follow Philipps on Instagram, you’ve likely seen some of her confectionery creations. Last year, during an appearance on Jimmy Kimmel Live!, the budding baker showed off pictures of the multi-tiered, Tangled-themed cake she’d recently made for her daughter Birdie. According to the actress, conceptualizing and baking custom cakes is one of her favorite hobbies.

She dreamed of being Vince Vaughn’s drinking buddy

Not particularly the type to get starstruck, Philipps admits she did have a moment when she became fixated on a fellow entertainer. “I remember when I was on Dawson’s Creek, Vince Vaughn had come to do re-shoots for some movie in Wilmington and I really wanted to go drinking with him… so I wanted to stalk him and find him and ask him,” she told The Huffington Post.

Her pre-fame gigs include working as a real-life Barbie

Yep, you read that right. Before she became a Hollywood darling, Philipps strutted her stuff at a Mattel toy fair playing a real-life Barbie doll. She was 17, and we’re moderately sure she might not live it down until she is 97. Although — silver lining! — her daughters might think it’s the coolest thing in the world.

She totally gets the Michelle Williams rumors

When asked by The Advocate about the rumors that she and bestie Michelle Williams are more than platonic, Philipps isn’t offended. She actually seems flattered, noting that it “does seem plausible.” She elaborates, “I believe sexuality is fluid, and woman can have a deep love and affection for other women. My friendship with Michelle has stood the test of time, and we’ve been together through many different versions of our lives. I love her as deeply as I love almost anyone. But we don’t do it.”