Beyoncé just unleashed 17 new music videos on her adoring fans. Of course, the only proper thing to do is rank them! 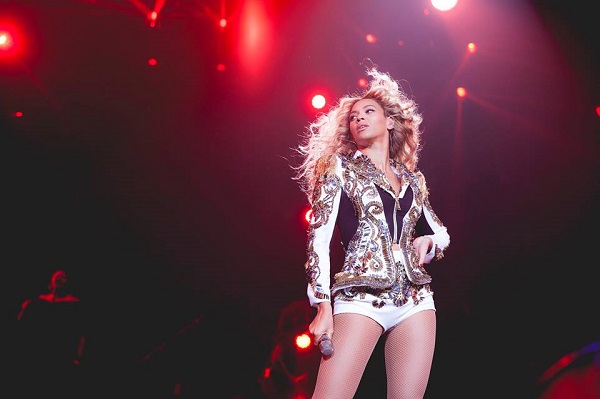 We were as shocked as you were to discover that Beyoncé had pulled off one of the biggest surprises in music history by releasing a surprise album with no advance hype — and that she has loaded it up with a full line of videos to go along with the awesome new music. Now that we’ve had time to digest the fierceness in all 17 of the videos, we thought it was time for a little countdown! Here are the 10 absolute best videos from Beyoncé.

“Freak ’em dress out my closet/ Beyoncé fillin’ out this skirt/ I look d*** good/ I ain’t lost it,” Bey sings.

And, no. No, girl, you have not. The best part of this song is her attitude, and the best part of the video is how she looks so laid-back and happy hanging with her “friends.” Queen Bey is truly a queen, but time and time again, she reminds us that, to a certain extent, she’s just an everyday girl.

The answer, perhaps, to what it takes for girls to run the world?

“Pretty hurts/ Shine the light on whatever’s worse/ Perfection is the disease of a nation/ Pretty hurts, pretty hurts.”

From poppin’ pills to being shunned by other pretty girls, being pretty ain’t easy. Worse, still, are the lengths to which we’ll go to claim the title. Bey understands, ladies.

Can we get an “Awww?!” This is, by far, the sweetest song Bey has written. What a special present from a mama to her little girl. We also love this video because it’s so different from the rest. We see Bey, but she’s not exactly at the forefront. Big question, though: How on earth did they film all these videos without anyone ever catching on?

What did we just witness? On the one hand, this song will probably end up one of our new favorite workout tracks. On the other, does anyone else see a very strong Whitney Houston resemblance here? Between her deep voice and her haircut, she’s kind of nailing the impersonation. On the other hand, the gray-painted version of Bey might be the creepiest version ever. Not OK.

Kind of the exact opposite of “Mine,” Bey gets super high on this one, and we love it. We also love the contrast between her white bodysuit and pristine fur coat and the grubbiness of the urban neighborhood. This song couldn’t have been written about Jay, though, right? He’ll never convince us that he’s anything less than an upstanding citizen.

Bey’s dance moves are terrifying here. She looks straight-up gangster, even in a plaid shirt and booty shorts. And that “Sasha Fierce” business was 100 percent accurate. We do not want to piss off Queen Bey. This video has convinced us that fighting her would look something like a modern Sharks vs. Jets moment that ends in her ripping our hair out. So basically, we love it!

We love Miley Cyrus. We’re down with the twerk. But, unless you have a booty like Bey, you’re never going to be able to do it right. So Santa, please: Give us an a** like that. Our milkshake is not bringing all the boys to the yard, but we think a new butt might help. Also, an amazing set of ridiculous leggings.

“I’m a grown woman/ I do whatever (ever) I want,” Bey sings defiantly.

We believe that, too. When everyone else is trying to make crystal-clear, hi-def videos, Bey went old school, and we love it. All this video needs is a Nyan Cat and Beyoncé riding a dolphin. It’s quirky and fun. And you know we’re going to spend a decent chunk of our weekends dancing to this beast. Don’t judge. We’re grown women. We do what we want!

If the queen wanted to sing all her songs with Frank Ocean, we’d totally approve. They’re kind of brilliant together… in a musical capacity, that is — Bey and Jay forever! And we love the urban-revolution feel of this video.

Welp! You’ve just given Beyoncé five minutes of your time you can never get back. Something tells us you won’t want to, though. Go buy the album to give her more time — and money.