Mark Wahlberg revealed the one-time feud he had with Leonardo DiCaprio, admitting he had been “a bit of a d*** to him” at an event. 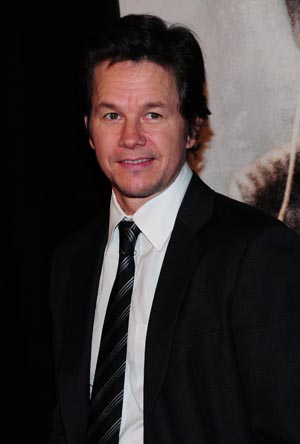 While the two are now good pals, Mark Wahlberg and Leonardo DiCaprio were once in a feud in which the former boy-bander is said to have acted like “a bit of a d***” to the Titanic star.

Wahlberg said he almost didn’t get cast in the film The Basketball Diaries in 1995 because DiCaprio resented the way he was treated by his future co-star and wanted him off the movie. “Leonardo was like, ‘Over my dead f***ing body. Marky Mark’s not going to be in this f***ing movie,” he recalled to the The Hollywood Reporter.

Apparently, the 2 Guns star says DiCaprio was right to want him out of the movie.

However, Wahlberg didn’t give up and made sure DiCaprio caught wind of what a great actor he was by showing off his acting skills during the audition. Stubborn casting director Avy Kaufman got DiCaprio to agree and read with Wahlberg, although he did so very reluctantly.

Mark Wahlberg just wants to do the weather, all right? >>

“So I come in and I do the audition and I kind of look at him and he kind of looks at me,” he said. “And then we do a scene, and they’re like, ‘Hmm, this f***ing dude’s pretty good, right?’ The next thing you know, boom, we’re hanging out.”

It was just a couple of years later when Wahlberg agreed to star in the acclaimed film Boogie Nights that he began to be seen as a legitimate actor. And just like DiCaprio, he’s made a big name for himself in Hollywood, coming a long way from his younger “trouble-boy” days.