Penélope Cruz has been crowned queen of the Best Body category, which is no small feat considering the actress gave birth to baby No. 2 just months ago! 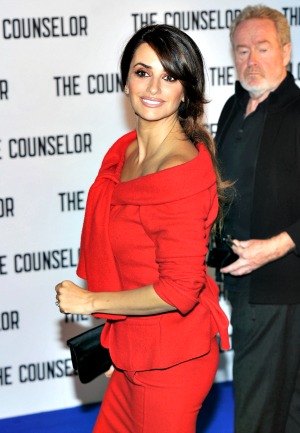 Penélope Cruz‘s killer curves have snagged a win for all the moms out there. The actress, who gave birth to daughter Luna this past July, has taken the top honor on Fitness Magazine‘s 2013 Best Bodies List!

Though the Spanish actress has long been known for having an incredible figure, being named the very best body in all of Hollywood is a major accomplishment for the mother of two. Losing the baby weight is no small challenge, especially while keeping up a career and caring for 2-year-old Leo and 6-month-old Luna.

Penélope Cruz goes topless at the beach after welcoming baby No. 2 >>

Cruz, who is seen here rocking a red number at The Counselor premiere in London that was held in early October, actually credits her and husband Javier Bardem‘s two sweeties with helping her stay slim in more than one way.

“I think I’m very lucky that I can breastfeed my children because sometimes even if a woman wants to, she can’t,” Cruz previously explained. “I breastfed my son for 13 months and I plan to do at least the same with my daughter. That’s an amazing thing for babies, but it’s also really good for the mother because it regulates your body again after pregnancy.”

In addition, the 39-year-old actress is said to credit “following a Mediterranean diet, dancing and chasing after her kids for getting her back into shape after both pregnancies.”

Just a notch below Penélope Cruz on Fitness Magazine‘s 2013 Best Bodies List is 23-year-old Catching Fire hottie Jennifer Lawrence, while third place was given to 49-year-old Sandra Bullock, who became a mother through adoption in 2010.

Who would you give the title of Best Body to?