Kanye West managed to score a cameo appearance on Anchorman 2: The Legend Continues, but his erratic behavior on set left the cast shocked and confused. 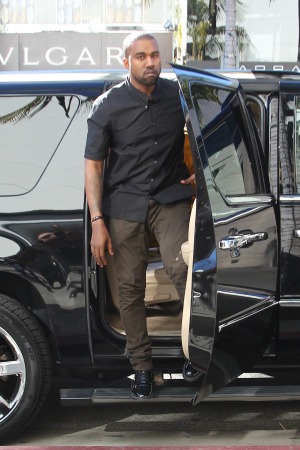 Kanye West is not the world’s most favorite person and apparently he was not that popular on the set of cult comedy Anchorman 2: The Legend Continues, either.

The rapper made a cameo appearance in the movie and allegedly acted like a complete diva on set, blasting his own music at top volume and letting his presence be known.

The “Bound 2” rapper even terrified interns who had to try and get him to follow the rules and turn the sound down.

Will Ferrell loves to say what is on his mind, although, sometimes it is hard to interpret whether he is being funny or serious. The actor appeared recently on the The Jonathan Ross Show and revealed what it was like to have the superstar on set.

Ferrell said, “It was very surreal to have Kanye — who’s such a big fan of comedy — in our movie hanging out for two days. He was playing the new tracks a lot — over and over.”

“Even when you’re trying to film, he’s playing the tracks. They’re loud too. We got a scared 18-year-old intern to ask him to turn them down.”

At least the cast was treated to West’s creative genius — he has compared himself to Walt Disney and Michelangelo.

Ferrell joked, “He hung out, even after we said, ‘You’re done.’ He was like, ‘No, no’ and stayed in the background hanging out and fighting with people.”

However, the Step Brothers actor was not the only person to speak out about West’s behavior on set because a source also confirmed their side of the story to the Daily Mirror newspaper, saying, “Kanye made a total nuisance of himself. He gave it the big ‘I am’ even though he filmed a blink-and-you’ll-miss-it cameo.”

“When an intern asked him to turn the music down, he barked back quite aggressively.”