Khloé Kardashian has had a tough few months trying to desperately hold on to her broken marriage to Lamar Odom. However, the star has had enough and reportedly plans to file for divorce today. 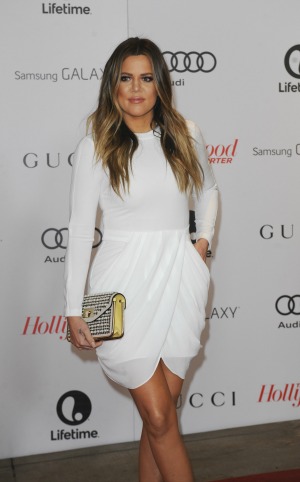 Rumors have been spreading rapidly that Khloé Kardashian finally wants to end her marriage to Lamar Odom.

There has been speculation for months as to when the couple would finally end their broken relationship. However, recent reports from TMZ suggest the reality TV star is planning to divorce her estranged husband today!

The couple tied the knot in September 2009 and for a while their marriage looked like it was one of the most happy and loving celebrity marriages around. But the basketball player’s crack addiction and alleged cheating took a toll on their relationship, and it is being reported that Kardashian has finally had enough.

The last straw for the star came when Odom recently released an extremely bizarre rap video in which he makes a mockery of their marriage and boasts about how he was cheating on his wife.

TMZ reportedly got its hands on legal documents that suggest Kardashian has finally filed for divorce, citing irreconcilable differences.

Kardashian has appeared to be toying with the idea of divorce for some time now and even removed her wedding ring last month after Odom’s most recent rap video embarrassment.

A source revealed to Us Weekly, “She flip-flopped several times, but she can’t imagine having kids with someone who refuses to seek help for his disease.”

It has been a tough few months for the star and we hope Odom allows her to move on without any further heartbreak. The pair are believed to have signed a prenup and according to TMZ, dividing up the assets will be relatively simple, thanks to an “ironclad” prenuptial agreement.

However, the National Enquirer has previously reported that Odom wanted a divorce settlement and that he has threatened to reveal a lot of dirt on the Kardashian clan if his needs are not met.

A source revealed to the Enquirer, “Kris and Khloé are very worried about Lamar. He’s a loose cannon, and he has a lot of dirt on the family and nothing to lose.”

We hope this is no longer the case though it is no secret that Odom does not want his wife to walk away.

“He doesn’t want to leave the marriage. Whenever he talks to Khloé, he reminds her of just that,” a source revealed to HollywoodLife. “He wants to stay married to her because he knows how good of a wife and a best friend she is.”