Music fans across the globe are rejoicing: There’s a new Beyoncé album! Nobody saw it coming, but everyone is lovin’ it. 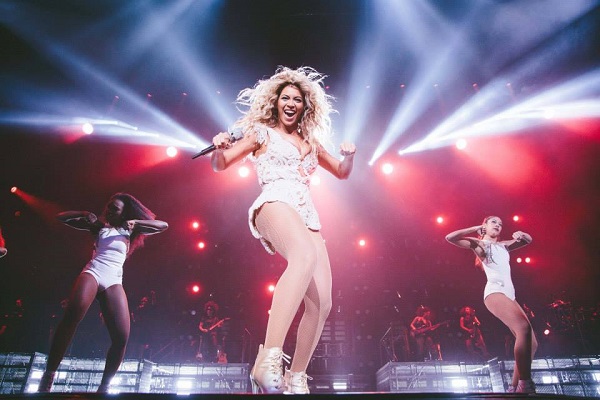 In what has to be the coolest thing to happen in pop music in years, Beyoncé just surprised the world by releasing a completely unadvertised album. That’s right. Beyoncé has released a new album, Beyoncé, just in time for the holidays.

As if the album weren’t shocking and exciting enough, Bey sweetened the deal by also releasing 14 music videos to go along with each of the album’s 14 tracks. All of the videos, including the additional video for “Grown Woman,” which didn’t make it onto the actual album, are available on iTunes. Pretty awesome setup, right? But why all the videos? Beyoncé explained the concept in a statement video released on her Facebook page.

It’s more than just what I hear. When I’m connected to something, I immediately see a visual or a series of images that are tied to a feeling or an emotion, a memory from my childhood, thoughts about life, my dreams or my fantasies. And they’re all connected to the music.

The queen has some pretty crazy tour demands! >>

There are quite a few gems amongst the album’s track listing. The most obvious inclusion is “XO,” which people have long assumed would be the first single off of a future album. There’s also “Blue,” a track dedicated to her daughter — and keeping it in the family, a song she recorded with her hubby, Jay Z, called “Drunk in Love.” The album also features collaborations with Frank Ocean and Drake amongst the mix of songs.

To help you get a taste of what to expect from Beyoncé, there’s even a 30-second preview of “Drunk in Love.” The video features Queen Bey posing with a trophy and rolling around on the beach in a sheer cover-up. She’s also sporting a super-cute and way sexy cropped hairdo that we’re kind of dying to have right now.

What do you think? Best Christmas present ever? We think so!

For more music news and reviews, sign up for our fantastic newsletter >>