An unlikely new friendship has formed between Lorde and Taylor Swift. What will Selena think? 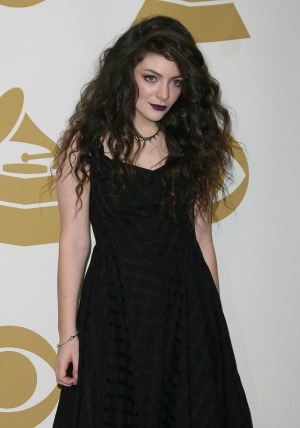 Just months after calling out her unattainable perfection in the press as being a bad influence on young girls, Lorde has been spotted breaking bread with her new bestie Taylor Swift.

The pair was spotted chowing down together at the Hibachi Japanese Grill in Melbourne, Australia Dec. 12 and, although others were present, the songbirds were sitting right next to each other totally chatting it up.

And it’s not the first time the two have been spotted enjoying some girl time — they were seen at a Shake Shack in November too!

Lorde drew the ire of Swift fans when she told Metro Magazine that aspiring to be like the “Trouble” singer was an unhealthy, unattainable goal.

“Taylor Swift is so flawless, and so unattainable, and I don’t think it’s breeding anything good in young girls,” she said.

She quickly backtracked, telling fans on her Tumblr account that she totally didn’t mean that the way it sounded.

“I think I cocked that up a bit and what I said wasn’t put in context also,” she responded to a fan’s question about her comments on her Tumblr. “What I meant was: There’s a lot of importance placed on physical perfection in this industry, and I wish my favorite stars didn’t look perfect because I think fans (me included) have these feelings of worthlessness, like they’ll never be as pretty/talented/whatever, as a result of this intense photoshop-culture and the endless strive for perfection.”

Sounds like Swift saw her apology and accepted, and now the two are totally tight. Wonder what Swift’s BFF Selena Gomez thinks of this burgeoning friendship? She’s not exactly a fan of the “Royals” singer.