Queen Elizabeth certainly seems to have loosened up a bit in recent years, but there is one thing that is absolutely verboten: You’d better not even think about touching her nuts. 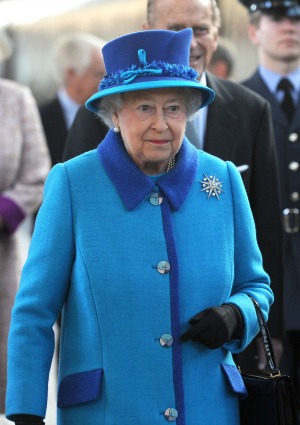 Testimony in a British wiretapping case revealed that Queen Elizabeth is not amused by rogue cops stealing her snacks in Buckingham Palace.

The problem of the purloined pickings began with munchies left out to quell the hunger of guests before the wedding celebration of Prince Charles and Camilla, Duchess of Cornwall, and escalated afterward.

Former News of the World royal editor Clive Goodman detailed the Queen’s fury in an email to his boss Andy Coulson.

“The Queen is furious about police stealing bowls of nuts and nibbles left out for her in the apartments in the BP Queen’s corridor,” Goodman wrote in the message presented as evidence in court.

“She has a very savory tooth and staff leave out cashews, Bombay mix, almonds, etc. Prob is that police on patrol eat the lot. Queen is so narked she started marking the bowls to see when the levels dipped.”

And just to make sure the point was driven home, official royal correspondence was sent out to make the rules clear: Mitts off the Queen’s nuts.

“Memo now gone around to all Palace cops telling them to keep their sticky fingers out,” Goodman revealed.

This snack theft isn’t the first time the Queen has had to come down hard on crime at the Palace recently. In October a man was arrested after trying to break into a restricted area with a knife in order to have a chat with the monarch about his welfare benefits. In September Prince Andrew was thrown to the ground by cops who mistook him for an intruder after another interloper was found inside the Palace two days earlier.