Hang on to your hats, CW fans, because the CW’s midseason schedule is making some major changes. Where did fan-favorites like Arrow and new shows like Star-Crossed end up? We’ve got the scoop. 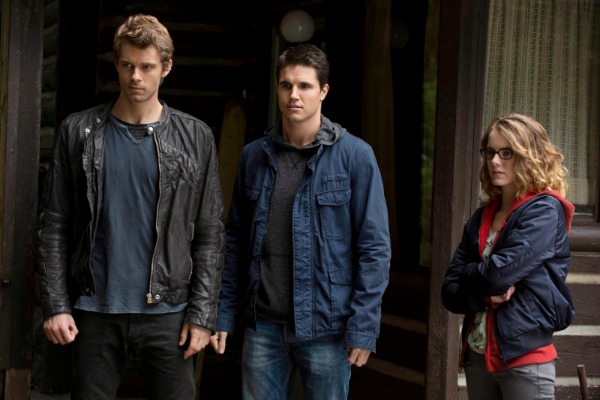 With the end of 2013 right around the corner, most of the CW’s hit series such as Supernatural, Arrow and The Vampire Diaries have aired their midseason finales and are going on winter hiatuses.

Taking advantage of the down time, the CW has made some major changes to their schedule and some fans will find that their favorite shows have moved when they return in 2014.

One place the CW has had trouble getting and keeping an audience is Monday nights and they’re hoping a few switches to the lineup will change all that. Star-Crossed, the new futuristic series about an alien/human romance will premiere on Monday, Feb. 17 at 8:00 p.m. Star-Crossed will be followed by another romance drama, Beauty and the Beast.

Wednesday nights will also get a new lineup beginning in March when the post-apocalyptic adventure drama, The 100, premieres on Wednesday, March 19 at 9:00 p.m. The 100 will be following the hit drama Arrow, and taking the place of The Tomorrow People, which is moving to Mondays at 9:00 p.m. beginning March 17.

Beauty and the Beast will go on a short hiatus after the March 10 telecast, returning to the schedule with original episodes at a date not yet announced by the network.

Friday nights will be all about the funny when the comedy/improv series Whose Line Is It Anyway? returns on Friday, March 21 with two new episodes, one at 8:00 p.m. and one at 8:30 p.m. After that, subsequent weeks will feature original episodes at 8:00 p.m. and encore episodes at 8:30 p.m. More encore episodes of Whose Line Is It Anyway? will air from Feb. 14 through March 14. Beginning March 21, Hart Of Dixie will return with a new night and time on Fridays at 9:00 p.m.

The Vampire Diaries sneak peek: Can Damon be forgiven? >>

Confused? Don’t worry, here’s what the premiere schedule looks like in a much simpler form:

What do you think of the CW’s new midseason schedule for 2014?