This celebrity feud doesn’t want to end. The ladies of The Talk slam Jenny McCarthy on The Howard Stern Show. 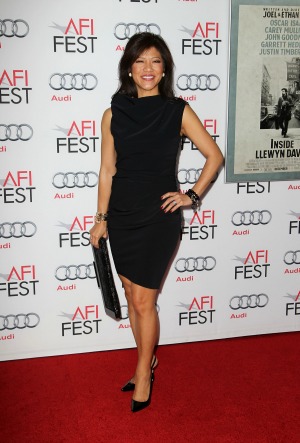 The rivalry between The Talk and The View continued on Wednesday after Julie Chen talked smack about Jenny McCarthy on The Howard Stern Show. Chen was making an appearance with her co-host Sharon Osbourne and that’s when the fur began to fly.

Stern asked the ladies whether it was a mistake to hire the former Playboy Playmate as a replacement for Joy Behar and Elisabeth Hasselbeck.

Sharon Osbourne makes nice with the ladies of The View >>

The 43-year-old TV personality thinks that the ABC daytime talk show has lost its focus. Viewers don’t know what they’re getting anymore with the chat fest.

She continued, “What put them on the map and made them good and famous, they don’t do that anymore. No one wants to hear Jenny McCarthy talk about the New York mayoral race or politics. They don’t. That’s not what you put Jenny McCarthy on for.”

While Chen’s words might sting a bit, she thinks what the show was trying to do was add a bit of levity to its 16-year-old run.

“And when Joy left and when Elisabeth left and they got Jenny in, I think they were trying to lighten the mood at the table — more gossip, more fun, more laughs… what happened was, in my opinion, The View doesn’t know what it is now,” she said.

Osbourne, who already dissed The View on The Arsenio Hall Show in November, supported her colleague.

“They knew what their path was… You knew what to expect,” Osbourne told Stern. “You watched it for their different opinions and now it’s kind of all over the place. It’s not one or the other.”

Chen did go on to call McCarthy “beautiful and talented,” but the damage was done.

When the radio host suggested that Chen was going to catch a lot of heat for her comments, she confidently replied, “I’m not telling ABC anything they’re not wondering themselves.”