Teri Wilson joins us in the SheKnows Book Lounge to talk about her new book Unleashing Mr. Darcy, dog shows and her love for Mr. Darcy. 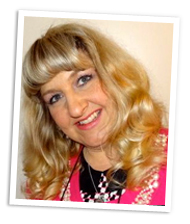 Teri Wilson joins us in the SheKnows Book Lounge to talk about her new book Unleashing Mr. Darcy, dog shows and her love for Mr. Darcy.

SheKnows: You have a really fun Twitter presence. Can you give us the Twitter-length pitch for Unleashing Mr. Darcy? 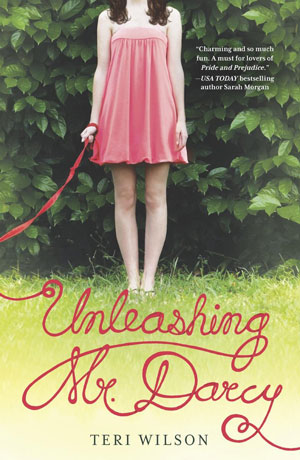 Teri Wilson: Oh, how I adore Twitter. I tweet about all the things I love — writing, books, romance, dance, poetry, shoes, anything sparkly, cute dogs… and coffee. Can’t forget the coffee. A Twitter pitch for Unleashing Mr. Darcy would probably go something like this:

Could a headstrong American dog nanny be the one woman capable of unleashing the very proper — and very British — Mr. Darcy? #universaltruth

SK: Have you always been a fan of Jane Austen? What inspired you to write your own take on Pride and Prejudice?

TW: I’ve been a fan of Mr. Darcy… whoops, I mean Jane Austen… for as long as I can remember. I got the idea for Unleashing Mr. Darcy when I was at a dog show re-reading Pride and Prejudice while I waited for my turn in the show ring. I thought about the book for a year before I actually started writing it. Honestly, I thought it might be such a niche book that no one would be interested in it. But I began thinking about it so much and imagining conversations between the characters in my head while I tried to sleep at night, until I simply had no choice but to get it down on paper.

15 Ebooks to get you through travel (and family!) season >>

SK: What was it like reimagining Pride and Prejudice in a world where, seemingly, the characters are aware of Jane Austen’s writing? How did you balance adhering to the general story line with not having Elizabeth aware of the similarities?

TW: Having the characters aware of Austen’s writing was actually my editor’s idea. We wanted to make sure the book read as a retelling of a classic, as well as a contemporary romance that could stand on its own. Not a parody. The details referencing Austen’s writing were added during the editorial phase, after the original draft of the manuscript was complete. I love those details. One of my favorite lines in the book is when Elizabeth’s sister, Jenna, says, “The judge’s name is Darcy? And he’s from England? Is this a joke?” Wouldn’t we all have that same reaction if we met a handsome, arrogant billionaire from England named Mr. Darcy? (Ah, to be so lucky…)

SK: You write about dog shows with such authority. Are you a part of that world? If yes, how so?

TW: Yes, I have four dogs. Three of them are show dogs, although they’re pretty much retired now. Two of them are Cavalier King Charles Spaniels, just like the dogs in Unleashing Mr. Darcy. Their names will also be familiar to readers — Bliss and Finn. I showed them myself as an owner-handler in events ranging from conformation (the beauty pageant-type shows) to rally obedience and weight pull. Now they mostly cuddle in my lap and look adorable while I write.

SK: What books are on your nightstand right now?

TW: I have three books on my nightstand at the moment:

SK: Is there anything else you want to add?

TW: Just thank you so much for having me here and for letting your readers know about Unleashing Mr. Darcy! xoxo