Tom Cruise’s former publicist, Pat Kingsley, told the actor he should cool down his talk about Scientology to the media. 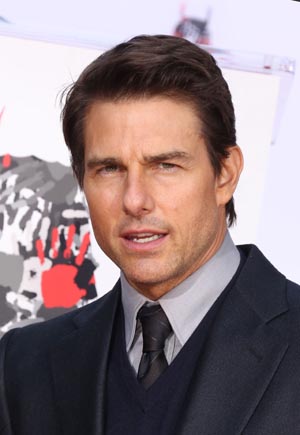 Once Tom Cruise‘s outspoken support for Scientology grew bigger, his former publicist, Pat Kingsley, told the famous actor to tone down all the religion talk.

Early on in Cruise’s career, Kingsley would often butt heads with members of the religion about their involvement in the actor’s stories to the media. She would constantly tell them to back off, and they did, but Cruise kept his support very much out in the open.

But the parting of ways between Cruise and Kingsley didn’t really happen due to Scientology disagreements. Cruise ultimately fired the now 81-year-old because he wanted more control over his publicity, Kingsley said.

“I think he wanted to be more personally involved in all those decisions,” she revealed. “It was his life, his career. It was not working. I was not having the rapport. I felt a kind of pulling back, and I knew it was going to happen.”

Tom Cruise did not equate acting to being in a war >>

When Cruise went into Kingsley’s office to hand her the inevitable pink slip, she says it was very expected, but amicable. “I want you to know I’ve decided to make a change,” Cruise told her at the time. That was the first time he’d been in her office and the pair talked for a while before Cruise put the final nail in the coffin.

After Cruise got the firing over and done with, Kingsley offered to take him around the office and meet the people that had worked for the actor during his tenure with the publicist.

“I took him around, and he saw everybody and even went to see the mailman,” Kingsley said. “Just as cordial as could be.”