The documentary Blackfish has become a thorn in SeaWorld’s side now that Hollywood is responding to the controversy. 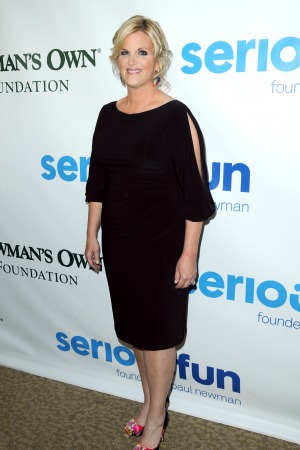 SeaWorld isn’t a big fan of Hollywood right now after several celebrities have backed out of their scheduled appearances at the amusement park. The cancellations all stem from the CNN documentary Blackfish which alleges that the park mistreats their killer whales.

The Orlando site has been trying to book musical acts for its annual Bands, Brew & BBQ festival which is set to begin on Feb. 1. On Thursday, country singer Trisha Yearwood became the latest celebrity to cancel her appearance. She was scheduled to perform on Feb. 22.

A rep for the singer told Change.org, “In light of recent concerns, Trisha has decided to remove the Feb. 22 date from her upcoming tour plans.”

According to TMZ, Yearwood hadn’t even watched the documentary, but she’s “heard all the fuss.” That buzz was enough for her to back out.

Yearwood isn’t the only one to stay away from the controversy. Other acts including Willie Nelson, Barenaked Ladies, Heart and Cheap Trick have all cited the CNN special as the reason for their cancellation.

The official concert lineup has not been published, but many of the musicians book their concerts months in advance. A SeaWorld Orlando rep told the Orlando Sentinel that the park is continuing to move forward despite the controversy.

Another SeaWorld spokesman, Nick Gollattscheck, told CNN, “While we’re disappointed a small group of misinformed individuals was able to deny fans what would have been great concerts at SeaWorld by Heart, Barenaked Ladies and Willie Nelson, we respect the bands’ decisions.”

The documentary first aired on the cable channel in October and it focuses on the death of trainer Dawn Brancheau in 2010. Questions have been raised about the park’s training methods and safety of not only their staff, but the practice of keeping killer whales in captivity.