Khloé Kardashian is reportedly going to dump Lamar Odom because she heard him rapping a song about being unfaithful to her. 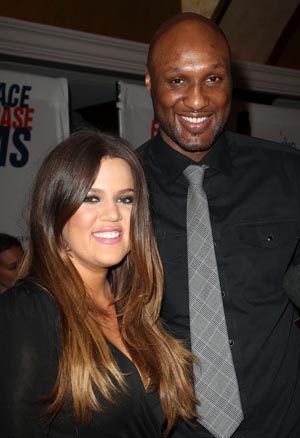 After a long journey of relationship troubles, Khloé Kardashian may reportedly finally divorce Lamar Odom over a rap song in which he sings about cheating on her.

According to a new report from TMZ, Kardashian heard her husband rapping in a video posted online where he brags about being unfaithful when she’s not around. In the clip, Odom seemingly raps while very intoxicated or high on some substance.

Odom, who’s on the video with another rapping pal, can be heard going on about his cheating escapades. “And when Khloé’s out of town I still be on the DL.” The troubled basketballer also raps about drugs, money and being free, although the singing gets a bit unintelligible because of all the slurring.

Apparently, Kardashian got word of the interesting video when she was on a plane back home from Australia, and sources in the know say she went crazy. Before boarding the flight, the reality star was wearing her wedding ring, but when she landed, she hid her left hand from the paps.

A couple of days later, Kardashian was photographed without the ring on Nov. 25, and hasn’t been seen with it on since.

TMZ keeps insisting that Kardashian is going to file for divorce soon, and now they’re saying it’s just a matter of time, especially after the telling video.

The ill-fated couple was actually believed to be on the mend after Odom was seen with Kardashian and her family on a few occasions. The alleged drug-afflicted athlete just recently even signed a contract to play basketball again.

However, after Odom was seen partying hard and getting trashed again recently, Kardashian tweeted some messages that insinuated she may be done with her out-of-control husband.

This video may actually prove to be Odom’s final downfall, at least where his marriage to Kardashian is concerned.