Mena Suvari’s Christmas card is equal parts awkward and awesome. Check out the cat-tastic photo the actress posted to Instagram! 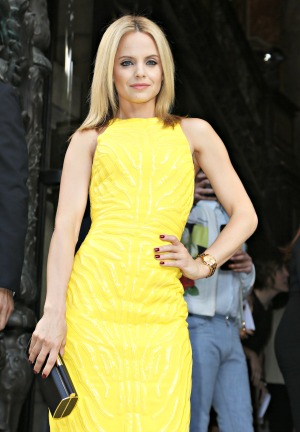 Mena Suvari‘s Christmas card is a thing of beauty to those who revel in the awkwardness of ugly sweaters and superimposed cat pictures.

Providing photographic evidence she’s hip to the ugly sweater trend, the American Pie actress went all-out while posing with her loved ones, sweeping her blonde locks into a side ponytail accented with a Christmassy red bow.

As seen in the image below, Suvari and boyfriend Sal Sanchez donned matching nutcracker sweaters while smiling alongside their four-legged friend, Ms. Blanca. An additional shot of the white-furred feline is superimposed in the upper right-hand corner of the Christmas card, as though she’s hovering above the star’s head!

Revecka Natalia, the photographer responsible for Mena Suvari’s Christmas card mashup of pop-culture awkwardness, posted this sweet message about their shoot: “This is by far the most fun I’ve ever had working on a photo! I think I was smiling the entire time while shooting & editing. HAPPY HOLIDAYS from @salsancheztat2s, @mena13suvari & Blanca. thanks guys for bringing me in on this…so good.”

It’s been a roller-coaster few years for Mena Suvari in the romance department; she’s been dating tattoo artist Sal Sanchez since October 2012, but earlier that same year she divorced concert promoter Simone Sestito, who was her second husband. The Badge of Honor actress first married cinematographer Robert Brinkmann in 2000, and they split in 2005.

Suvari previously said of being a two-time divorcee, “I think at some point you have to acknowledge that and work towards maintaining your own happiness. You have to surround yourself with people who love you and want the best for you. I call this process weeding my garden. A year or so ago I went through all the people in my life and asked myself: does this person inspire me, genuinely love me and support me unconditionally? I wanted nothing but positive influences in my life.”

Positive influences mixed with a bit of fun looks like a magic recipe for Suvari, judging by her holiday photo smile!

Tell us: Are you loving the ugly sweater trend, or enough already?