Emily’s big day is almost here! No, we’re not exactly talking about the wedding of the century, though that’ll be in there too, but the big finale of her revengenda. 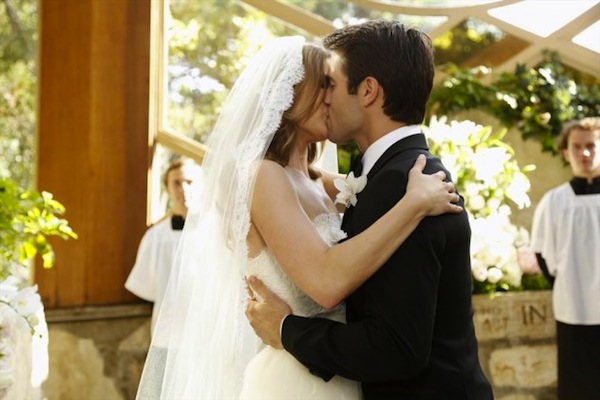 ABC has released all sorts of pictures of the Revenge wedding ceremony for this week’s midseason finale, but not a lot of pictures of the after party. We know that, at some point during the night, Emily (Emily VanCamp) will get shot. Or will appear to be shot. Once her death has been adequately faked, she and Aiden can fly off into the sunset and live out their revenge-free days happily ever after.

Something tells us it won’t go according to plan. What about Jack?! Plus, can we really see Emily ever, truly giving up her revengenda? Even if Victoria is behind bars, will it be enough? Either way, Emily is about to tie the knot and seal her fate. We have your first look at her big day. 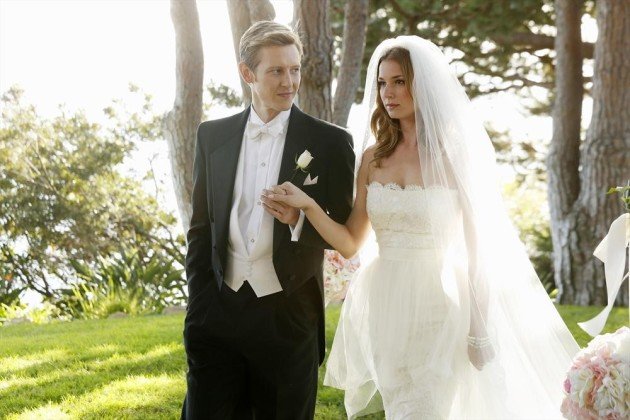 It looks like Nolan is stepping in and walking Emily down the aisle in her dad’s place. The bride doesn’t look to be so blushing. 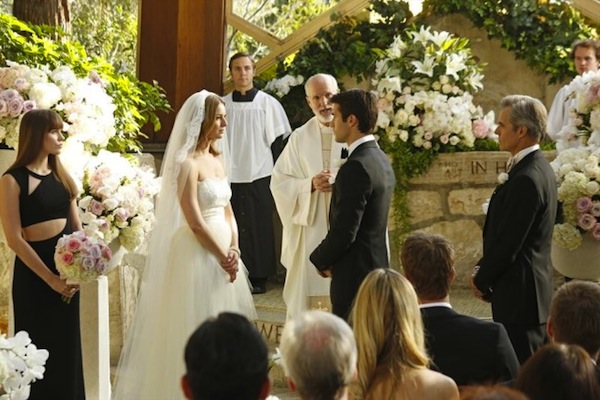 Gotta love the dress, though I’d like it even more if the top were a sweetheart cut. Just sayin’. I guess it doesn’t matter, really, since it is soon to be ruined by bullet holes. Yikes! 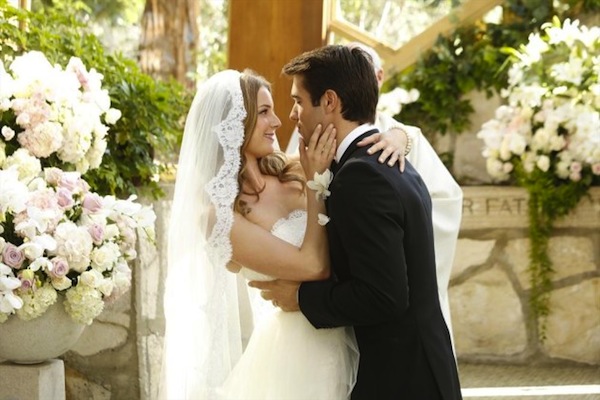 Fake it ’til you make it, girl! 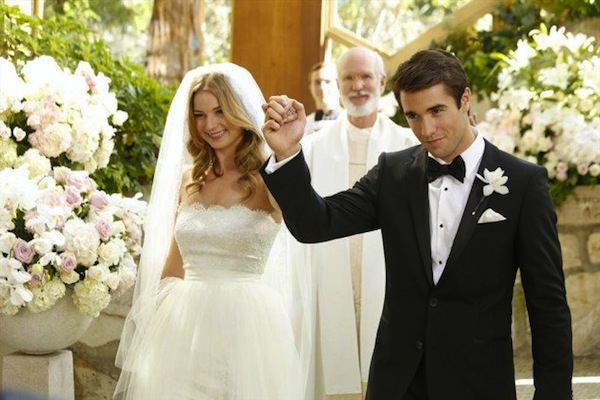 Thanks to this picture, we know the two definitely make it down the aisle and back again as man and wife. We wonder if Sara is in the audience. 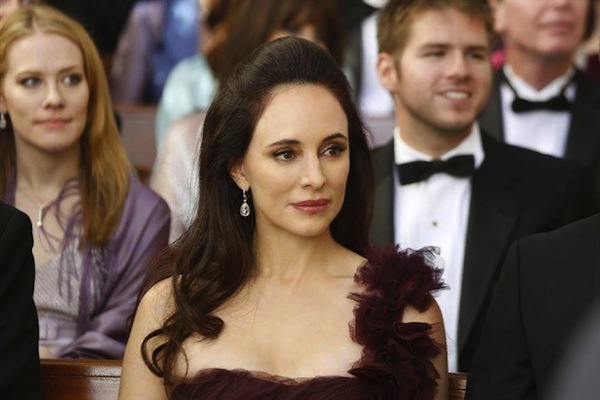 Classic snood look from Victoria. Look at those flared nostrils! We’re surprised she let them utter “I do.” 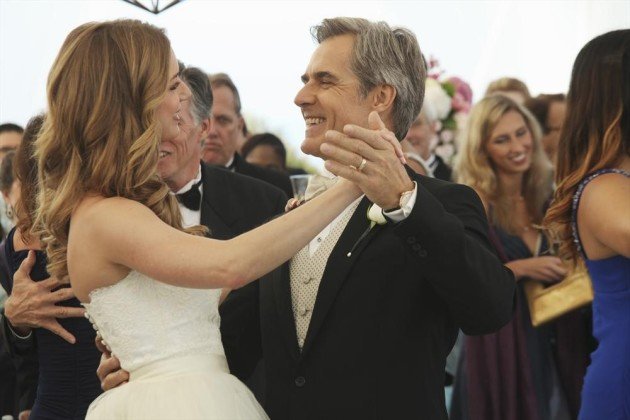 Conrad, on the other hand, seems like he couldn’t be happier. Remember, he was sold on Emily after she doted on him when he was sick. Too bad she wasn’t able to sell the rest of the Grayson family. Even Daniel’s cheating on her. 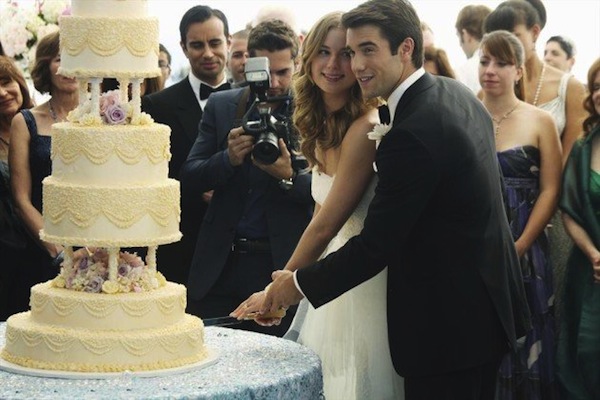 We had to include this picture only because we want to sink our teeth into this cake. It’s beautiful! 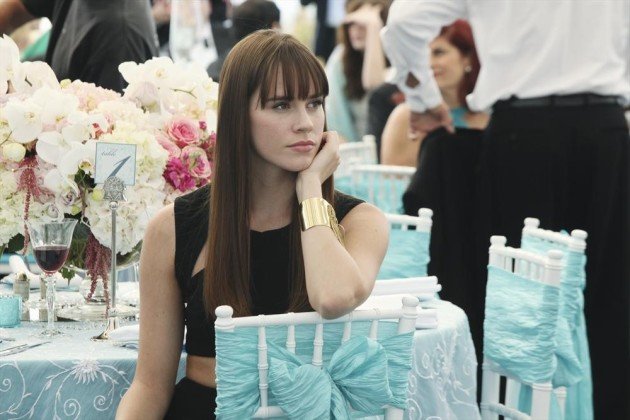 Charlotte’s also rocking the stink face. We’re pretty sure this picture and the one below are the only potential images of the actual reception so far. It must not take very long for the drama to unfold. We can’t wait! 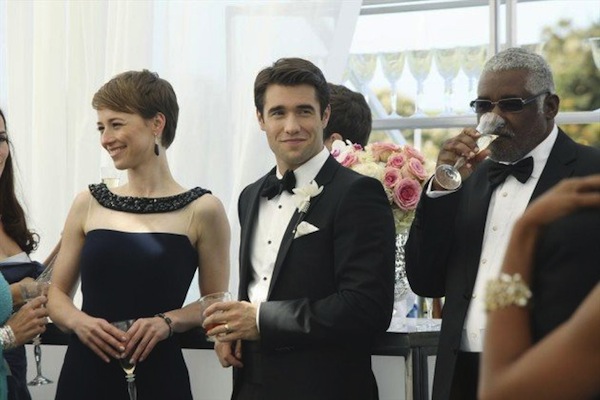 So Margo attends the wedding, but where is Jack? Knowing him, he’s probably having a nervous breakdown at the bar. 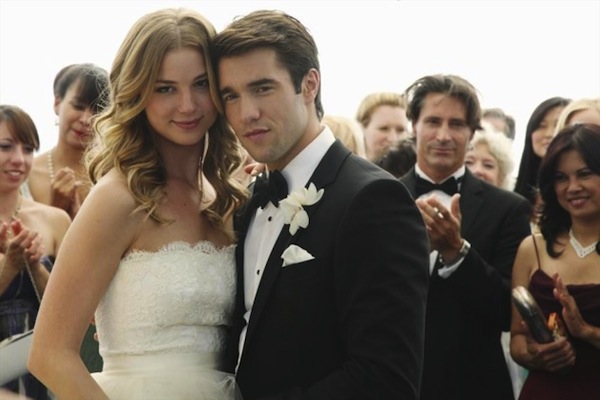 We had to end with a picture of the happy couple. We can’t help but wonder if Daniel somehow discovers everything Emily has been plotting just after the wedding. Wouldn’t that be rich? Could he be the one to pull the trigger?

Emily’s shooter could really be anyone! Who do you think most likely shoots Emily after the wedding?