Idina Menzel and Taye Diggs, one of Hollywood’s hottest couples, have sadly decided to part ways after 10 years of marriage! 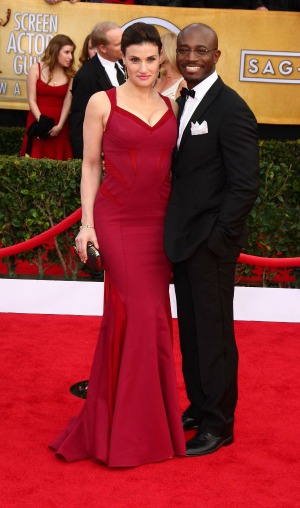 There is heartbreak in Hollywood today as Idina Menzel and husband Taye Diggs have sadly decided to call time on their 10-year marriage.

The talented couple had enjoyed what seemed to be a very happy marriage, which lasted for an eternity in Hollywood romance terms, after they met and co-starred in the original Broadway production of Rent in 1995.

The couple married in 2003 and then later collaborated again when the hit musical production was adapted into a film in 2005.

However, a rep for the Tony Award-winning actress told Us Weekly, “Idina Menzel and Taye Diggs have jointly decided to separate at this time.”

“Their primary focus and concern is for their son. We ask that you respect their privacy during this time.”

The couple share one son, 4-year-old Walker Nathaniel Diggs, and the actress previously told People how difficult it was to maintain a marriage when work demands so much traveling.

Menzel said, “We work at it. I’m not going to glamorize it or glorify it — we go through tough times like everybody else, but we love each other very much.”

“We try not to be away from each other for more than two weeks at a time and we try to find new ways to communicate.”

Although, the couple’s marriage may have been rocked with allegations that the Private Practice actor had possibly been cheating on his wife. We hope it was nothing so sinister.