Tara Reid was supposed to be out enjoying a birthday celebration, but it went horribly wrong! Instead, she was attacked and treated in the hospital for her injuries. 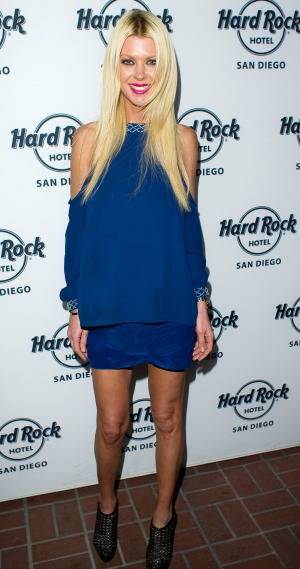 Tara Reid is known to live life on the wild side and be a bit of a party girl. However, one of her nights of celebration turned horribly wrong for the Sharknado star.

The beauty was celebrating her birthday on Nov. 8. last year when Maryam Hassan allegedly attacked her with a broken wine glass at the swanky Beat in London’s West End.

According to The Sun newspaper, Reid believes the woman attacked her because she was jealous and in desperate need of attention.

The entire ordeal left the American Pie actress terrified she would be permanently blinded by the glass that was thrown into her eyes. She was treated at the hospital for a scratched eyeball and facial injuries after the traumatic incident.

The former Celebrity Big Brother star told the London’s Southwark Crown Court, “I guess she was not getting any attention. She threw her drink over my chest.”

The drink throwing was then retaliated, which provoked a very nasty response from the accused 27-year-old Hassan, who reportedly shouted abuse at Reid, saying, “You wh***, you s***.”

“It was so quick, she stood close to me within arm’s length, and smashed the glass in my face.”

Luckily for Reid, she has managed to make a full recovery, but Hassan denies all of the charges against her. It is believed she comes from North East England and works at the Carlton Cole Foundation.

For now, the trial continues and we will keep you posted with any updates.