Wanna be part of the cul-de-sac clique on Cougar Town? We get it. But you’re going to have to be able to hold your alcohol. Test your endurance with our drinking game! 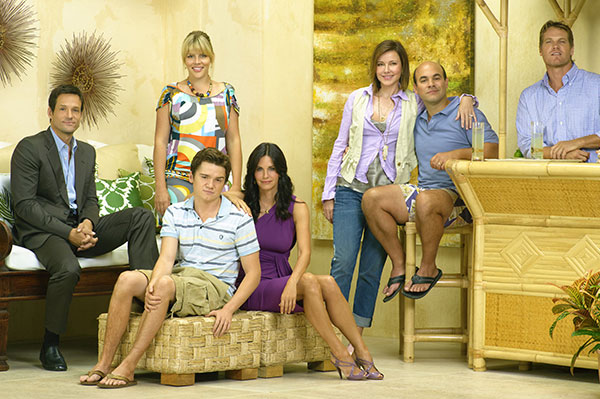 The Cougar Town gang knows how to throw back a glass — or 10 — of wine. If every glass the cast drank from was filled with actual wine, their livers would be a mess by now! For that reason, we don’t recommend playing this drinking game every week. But we do suggest you try it out during an upcoming episode of Season 5. Best idea ever: Throw a premiere party and play the game! After all, the Cougar Town return is just around the corner on Jan. 7 at 10/9c on TBS.

Pop open a bottle of wine and take a sip each time any of the following Cougar Town-exclusive things happen.

These moments happen in almost every episode, but they’re still our favorite scenes. We think they’re worth a silent toast and swig of wine. Especially any time poor Tom shows up and everyone seems annoyed.

Nothing makes us laugh more than Grayson’s nickname, and, as much as we love Laurie (Busy Philipps), we also hate her for getting that ridiculous phrase stuck in our heads! Swig some Chardonnay anytime…

Feel free to stop chugging if you start feeling tipsy. But if you catch a glimpse of one of these more rare sightings, you have our permission to take two gulps.

Did we miss any other sip-worthy moments? Share below and help your fellow Cougars live it up. Enjoy the show and the wine, but remember to swig responsibly. If you do this at a friend’s house, make sure to stick around for another episode and a coffee before heading home.