Poor Kanye West. He received only two Grammy nominations this year. He spent a lot of time telling Phoenix, Arizona, fans that he doesn’t care, though. So, he clearly doesn’t. 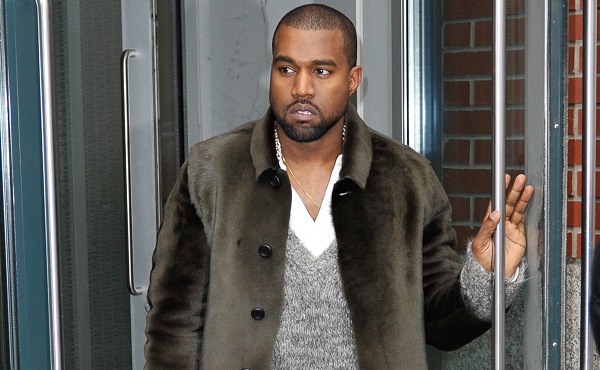 Kanye West unleashed his annoyance with the Grammy Awards during a Phoenix, Arizona, concert on Tuesday night. The rap star is peeved he’s nominated for only two awards and neither of them are for Album of the Year. He wasn’t the only artist snubbed, but he might be taking it the hardest.

Another touring gem: Kanye West thinks touring is like going to war >>

Instead of sucking it up and being happy with his 21 previous wins, though, West has decided it must have something to do with his race, as he’s never won against a white performer. He also believes that since so many music media outlets have named Yeezus among the best albums of 2013, the Grammys should have also recognized his self-proclaimed brilliance.

“I’m 36 years old and I have 21 Grammys. That’s the most Grammys of any 36-year-old. Out of all of those 21 Grammys, I’ve never won a Grammy against a white artist. So when the Grammy nominations come out, and Yeezus is the top one or two album on every single list, but only gets two nominations from the Grammys, what are they trying to say?” West asked. “Did they think I wouldn’t notice?”

Noel Gallagher is one of the least liked men in the business, but Kanye loves him! >>

I’mma let him finish, but first, let’s focus on how ridiculous this is. Perhaps the Grammy voters are trying to award artists on the size of their talent and not the size of their egos. Or the chip on their shoulders. The Grammys (and the rest of the world) owe West nothing and it’s time he realizes that. Was Yeezus an interesting, entertaining album? Sure. Was it the best of the year? That’s debatable. You can make a case for and against every album on the list and every album that didn’t make it. But at the end of the year, there can only be a handful of nominees and one winner. He didn’t eke his way in this year. Move along, right? Not so fast.

“Do they think that, someway, that I don’t have the power to completely diminish all of their credibility at this moment?” West taunted. “When you see me talking about what people are doing when I say ‘marginalized,’ when I say ‘boxed in,’ when I say ‘hold back,’ when I say ‘people are afraid of the truth,’ that’s one example right there in front of you.”

Despite the fact that everything about the first part of his rant suggests otherwise, the marginalized West wanted his Arizona-based fans to know he doesn’t really care that he’s up for only two awards.

“People come to me and congratulate me on those two nominations. F*** those nominations!”

All teasing aside, though, we’re sure it sucks when something you worked so hard on and were so proud of is overlooked by someone whose attention is so precious. It’s not that we don’t think West is necessarily undeserving. We just wonder if, for once, he could handle a seemingly unfair situation with at least an inkling of grace. Obviously, no one ever told him you catch more flies with honey than with vinegar.

Did Yeezus deserve the Album of the Year nom or did the Grammys get it right?