Oprah is one of the richest women in the country, and in a new interview she reveals when she knew she never wanted to have children. 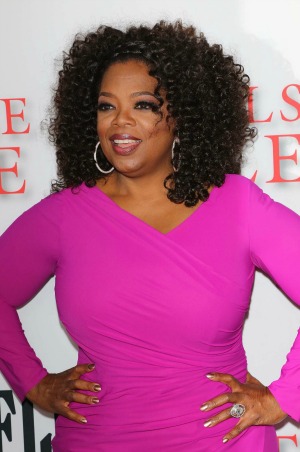 Oprah Winfrey is one of the most successful women in the world, and even though she is in a long-term relationship, she has no children.

Oprah unveils her Favorite Things with an elf named Jimmy >>

The 59-year-old did have a child when she was 14 years old (the baby died a few weeks later), but said if she had children in her life they might hold her busy schedule against her.

“If I had kids, my kids would hate me,” Winfrey told The Hollywood Reporter. “They would have ended up on the equivalent of the Oprah show talking about me; because something [in my life] would have had to suffer and it would’ve probably been them.”

Winfrey said she knew she was destined for more when she was young. Her best friend Gayle King, now a mother of two, had other plans.

“Gayle was the kind of kid who, in seventh grade home ec class, was writing down her name and the names of her children,” Winfrey explained, according to People. “While she was having those kind of daydreams, I was having daydreams about how I could be Martin Luther King.”

Why Jenny McCarthy is terrified of Oprah >>

Winfrey is successful both as a talk show host, network owner and even as an actress. She earned a Screen Actors Guild nomination for her role in Lee Daniels’ The Butler, and was the first African-American female billionaire. But she did tell THR she is planning to (finally) slow down, and plans to move from her home in Chicago by the time she turns 60 — which happens in January, 2014. She threw a yard sale this year to get rid of a lot of her things, so the move would be easier.

“It was about making space for a new life, which is what I’m getting ready to create for myself in California,” she said.