Demi Lovato revealed a serious drug addiction a few years ago, and one of her friends was there for her as she struggled to recover. 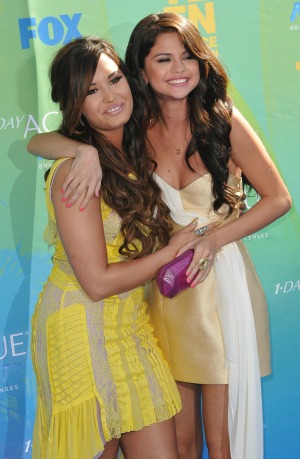 Demi Lovato went from a fresh-faced kid on Barney to a talented singer and judge on The X Factor. To any outsider, it would appear the child star grew up to make a successful living, fighting off all the bad Hollywood had to offer. But it looks like that isn’t true, and Lovato has dealt with some pretty significant problems.

The singer, who will be releasing a book detailing her struggles, previously admitted to being in rehab for drugs and eating disorders stemming from major insecurities as she was growing up. But she has now revealed she had a cocaine habit, even saying she would “smuggle” the drugs onto airplanes because many flights were too long for her to wait for her next fix.

“With my drug use… I couldn’t go 30 minutes to an hour without cocaine, and I would bring it on airplanes,” Lovato told Access Hollywood via ABC News. “I would smuggle it, basically, and just wait until everyone in first class would go to sleep, and I would do it right there. I’d sneak to the bathroom and I’d do it. That’s how difficult it got.”

It was when she was 19 years old that she realized she had a problem and needed to get some help.

“I was going to the airport and I had a Sprite bottle just filled with vodka, and it was just nine in the morning and I was throwing up in the car,” she said. “When I hit that moment I was like, it’s no longer fun when you’re doing it alone. I think at 19 years old, I had a moment where I was like, ‘Oh my God… that is alcoholic behavior. I gotta get my s*** together.'”

It was when she was in rehab that she realized who her friends were, and Selena Gomez was by her side through the fight. A source told E! News that Gomez had visited her when Lovato was asked to speak in a recovery group. The X Factor judge tweeted her thanks, without naming names, saying “I’ve been through hell and back, but my story isn’t over yet… I can’t wait to talk about the people who have never taken any credit for being a huge part of saving my life, and why I’m alive today…”

Gomez Instagrammed a photo of the friends on Tuesday.