Sony greenlighted The Amazing Spider-Man 4, but it’s news to Andrew Garfield. He admitted he doesn’t plan to have anything to do with a fourth movie. 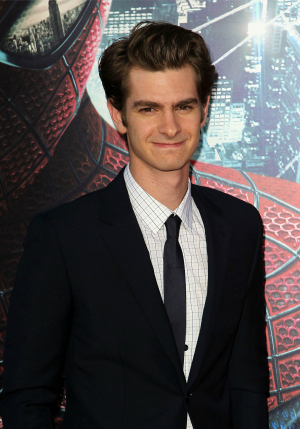 Andrew Garfield has agreed to play The Amazing Spider-Man in the second and third films in the series, so fans hadn’t thought much beyond that. It looks like it’s possible Sony didn’t think much beyond that either.

Sony has set a date of 2018 for The Amazing Spider-Man 4, and Garfield talked about the possibilities of the film. But that doesn’t mean he will be involved.

“I mean I’m under contract for another one after this… as far as a fourth one? That’s not anything to do with me,” he told Yahoo, adding a fourth movie is “all news” to him.

Garfield isn’t alone in his hopes to be done after number three. Director Marc Webb also said he knew the endpoint for the story when he began.

“We did think about these movies from the very beginning as a series of movies,” admits Webb. “Really a trilogy, to be totally frank.”

Though Sony has announced the May 4, 2018 release date for The Amazing Spider-Man 4, MTV guesses that they may be using it as a ruse to hold the day so other superhero films, or sequels, won’t schedule their releases that day. It seems unlikely they would plan to make a fourth film without the star or director.

The other stars of the film have been up in the air as well. Emma Stone, whose character Gwen Stacy is supposed to leave the films after the next one, may be staying. And Shailene Woodley, who was hired to play Mary Jane, was cut from the second film, starting rumors she was fired from the role altogether.

But for now, they’re just focusing on the present — and The Amazing Spider-Man 2 — which will be in theaters May 2, 2014.

“I think what we’re doing here is we’ve established the world. And now we get to really play inside that world,” Garfield said. “Use our imagination, and kind of expand. That’s what this film is.”