Heidi Montag and Spencer Pratt are not the most popular celebrity couple, but they want to set the record straight and let the world know it hasn’t seen their real personalities. 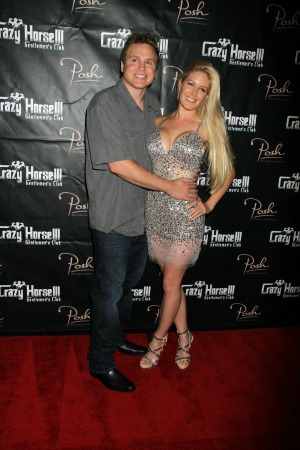 Heidi Montag and Spencer Pratt are not loved by many people and seem to be the couple the media love to criticize.

However, it is hard to deny they are in love and are dedicated to each other, and the former The Hills co-stars have revealed some shocking stories about what it was like to be on the hit reality TV show.

Montag and Pratt had a turbulent relationship on the MTV series, but throughout their trials and tribulations the couple realized they could not be without each other and decided to marry in 2009 during the midseason finale.

However, it was not all wedded bliss, because the couple has revealed that the show’s producers tried very hard to get them to stick to a script, which had some very nasty plots.

The couple candidly revealed on an hourlong E! special After Shock: Heidi and Spencer that the show was filled with fake scenes and vicious plotlines, and that the producers were desperate to show Pratt as a villain and even begged him to leave his lady alone at the altar.

Luckily for the blonde, her man refused and the couple were married on the show, but there are many things they regret about having a televised wedding.

By all accounts, Montag and Pratt have had their fair share of problems, but they claim many of the dramatic scenes on The Hills were actually scripted. Pratt recalled one scene in particular, when he kicked Montag out of his car because she did not want to move in with him.

Pratt said, “We shot like 14 or 15 takes of that from different angles, and then she got back in my car, and we drove off.”

The reality star also doesn’t believe the public managed to see them for who they actually are and because of that he is still subject to abuse from fans of the show and reluctant to start a family with his wife.

Pratt revealed, “I don’t think we’ve ever gotten to be the real Heidi and Spencer on TV.”

“I wouldn’t want to be Spencer Pratt’s kid. I’d have a kid if there was no Google or YouTube.”

Since the show’s end, it has not been smooth sailing for the couple, who managed to blow more than $10 million. Montag has had 10 highly publicized plastic surgeries that she regrets and Pratt has struggled with a pie addiction that gained him 50 pounds.

Could their latest confession be the clean slate that the couple so desperately want and need?