What happens when you mix beauty, musicianship and the best songwriting in the business? You end up with Sarah Jarosz. 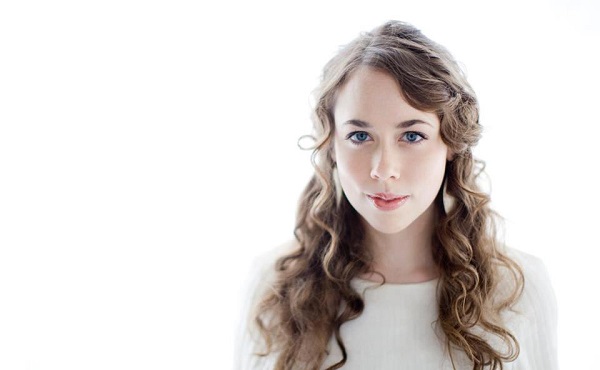 It’s impossible to disagree with the Grammy nay-sayers this year if you only pay attention to their most popular categories. There’s a serious lack of breadth there. However, in those small, untelevised categories, we believe they hit a home run. Especially in the case of Sarah Jarosz, who is up for two of those very underrated awards: Best Folk Album and Best American Roots Song. For many of you, her name might not ring a bell. That’s why we’re here.

Listen up! Laura Marling is a folkin’ goddess >>

At 22 years old, Jarosz is at the very beginning of what is sure to be a long and glorious career. While the young Texan is certainly gorgeous, her merits won’t fade as she ages. She’s making a name for herself with her cluster of well-played instruments, skilled songwriting and beautiful voice.

Jarosz writes music that hits on two levels and usually requires two listens to fully appreciate. On the first spin, listeners undoubtedly get caught up in the stories she weaves. Her songs inspire whole movies in listeners’ heads. When the last chord drops off, though, you suddenly realize you’ve not paid a bit of attention to the music that backed that enchanting voice. Round two demands focus on her skill as a musician, whether she’s fingering her octave mandolin or picking her clawhammer banjo. You’ll sink into layers of beauty and bask at the art of her songwriting that doesn’t necessarily come just because she’s a graduate of the New England Conservatory of Music. Jarosz knows her talent and her talent knows no bounds.

Much like so many artists, Jarosz was discovered early in life. She signed with Sugar Hill Records during her senior year of high school and released her first album, Song Up In Her Head, before she started college. The album contained the Grammy-nominated instrumental “Mansinneedof.” But she wasn’t done yet. Two years later came the phenomenal Follow Me Down, featuring a stunning cover of Bob Dylan’s “Ring Them Bells.” Each album saw guest appearances from the likes of banjo master Béla Fleck, mandolin virtuoso and member of Punch Brothers Chris Thile (recently featured on the Inside Llewyn Davis soundtrack), Grammy-winning dobro player Jerry Douglas and a long list of other talented and well-respected musicians.

Jarosz’s new album, the one worthy of those two Grammys, released in the fall. Build Me Up from Bones capitalizes on Jarosz’s talent, seeing her spend time on each of the instruments she’s mastered and always featuring her warm voice. Once again, the backing musician line-up is overflowing with talent, including Aoife O’Donovan, Thile, Douglas and more. She even pays tribute to her influences with a second cover of Bob Dylan. This time it’s a near-perfect cover of “Simple Twist of Fate.”

Talent as rich as Jarosz’s doesn’t come around too often and is usually overlooked by the likes of the people who run the Grammy Awards. We’re thrilled she’s caught their attention and wish her the best of luck when January comes ’round. The only thing that could make these nominations even better is if we could see a performance during the show. We’ll settle for a win, though.