Despite being shut out at the Grammy Awards, Florida Georgia Line doesn’t seem to mind. They are still busily winning plenty of awards in the world of country. 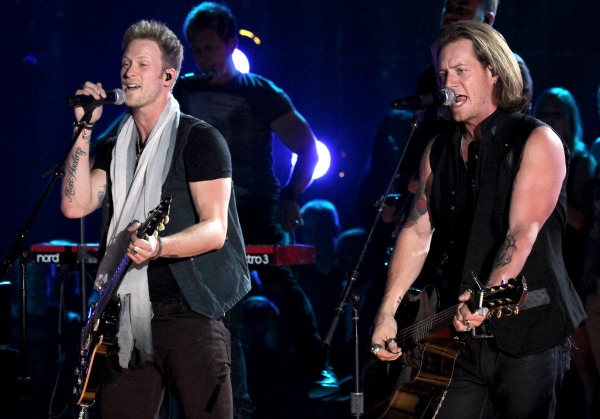 With the ACAs, as well as the other awards the band has been nominated for this year, why were they overlooked by the Grammys?

The band’s single “Cruise” has sold millions of copies (according to the RIAA, certified platinum six times in the U.S. alone), and the band has been on tour with the likes of Luke Bryan, Alabama, Brantley Gilbert and Jake Owen.

“It’s a dream come true,” says Brian Kelley. “Although it still kind of feels like just yesterday that we were writing the first couple of songs on the back of Tyler’s tailgate.”

Florida Georgia Line also performed at the American Country Awards, and maybe for the first time this year, they played a song that wasn’t “Cruise.” They have shown that they are more than one song, but the Grammy nominations committee apparently didn’t get the message.

It’s true the band is mostly known for the one single, but they have others who are doing well (plus, the Grammys do have country categories).

It doesn’t seem like the band minds though — they were at the ACAs Tuesday night accepting each and every award and not caring about anything but the country world they are in. And they seemed nothing but grateful for every single moment.