There’s a new addition to Kate Winslet’s family. Over the weekend, she gave birth to a son with husband Ned Rocknroll. 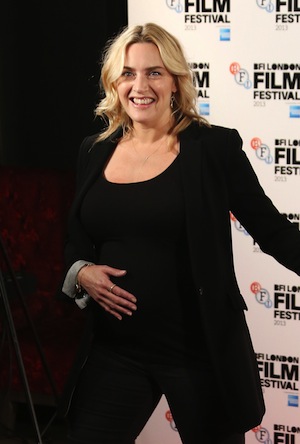 Oscar-winner Kate Winslet has given birth! Winslet along with husband Ned Rocknroll have welcomed a bouncing baby boy. The actress’ rep confirmed to People that the newest member of the Rocknroll family made his debut Dec. 7 at an NHS hospital in Sussex County, U.K.

They haven’t released the child’s name, but the rep says “mother and baby are doing great.” Three must be Winslet’s lucky number. Her new son joins her two children Mia and Joe, whom she had from previous relationships. Mia, 13, is the daughter of Winslet and first husband Jim Threapleton, while 10-year-old Joe is from her union with director Sam Mendes.

So, not only is this Winslet’s third child, it’s also her third marriage. She and Rocknroll wed last December in a private ceremony. The duo are quite the power couple. While Winslet headlines Hollywood films, Rocknroll’s a successful business executive. He works at Richard Branson’s space travel company Virgin Galactic. And, in case you didn’t know, Branson is his uncle.

Winslet’s one of the most beautiful pregnant women we’ve ever seen. Motherhood serves her well. The actress told Good Housekeeping she really enjoys spending time with her kids and being on mommy duty.

“I love the routine. I love getting up in the morning and getting breakfast and packing lunches and doing the school run. Those things are really important to me,” she said. “My kids are my whole world.”

Congrats to the happy couple and their growing family.