The band OneRepublic will join the lineup of performers at the 40th annual People’s Choice Awards along with singer Sara Bareilles on Wednesday night, Jan. 8, 2014. 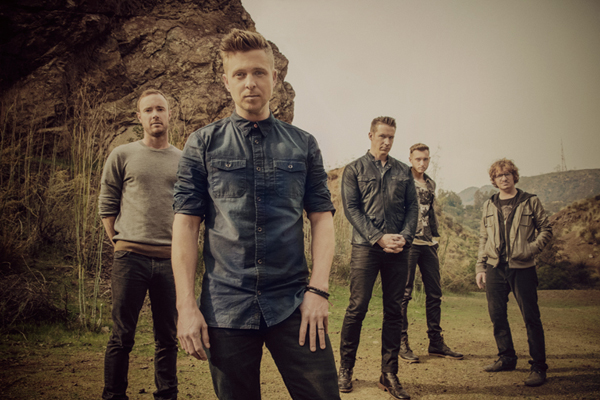 OneRepublic and singer Sara Bareilles will be performing live at the 40th annual People’s Choice Awards on Jan. 8, 2014, joining a jam-packed lineup of performers already set to appear.

The Grammy-nominated band will be singing live at the popular awards show, where they also picked up a nod for Favorite Group.

“OneRepublic is one of the hottest bands out there today and we are excited that they are going to perform for us on the People’s Choice Awards,” producer Mark Burnett said. “I am personally a huge fan of the band and I am also working with Ryan Tedder on The Voice so it’s all OneRepublic all the time and we are thrilled they agreed to come on board for the show.”

The popular band released their fourth album titled Native this year and it debuted at No. 4 on the Billboard Top 200 chart. A new single from the set, “Counting Stars,” is currently at No. 3 on the Top 40 radio hits.

Debuting in 2007 with their smash album Dreaming Out Loud, OneRepublic landed a People’s Choice Awards Favorite Rock Song nomination in 2009 for “Apologize.” Their album sky-rocketed to platinum-plus status and got a Grammy nomination for Best Pop Performance by a Duo or Group with Vocals.

The best performances of the 2013 People’s Choice Awards >>

The band continued to make records with their second album, Waking Up, with three of their singles, “All the Right Moves,” “Secrets” and “Good Life” becoming top radio hits.

Meanwhile, multi-award winning recording artist Sara Bareilles will be performing “Brave” at the awards show, also joining the long list of acts due to perform.

“So happy to be able to perform ‘Brave’ on the People’s Choice Awards,” Sara said in a statement. “I’ve always loved watching the show and am excited to be a part of it.”

The 40th Annual People’s Choice Awards, the only major awards show where winners are entirely voted for by the public, will air Wednesday Jan. 8 at 9/8c on CBS.

UPDATE: A new Jan. 3 announcement reveals that Brad Paisley has been added as a performer. He’ll join the other scheduled live acts at the awards show.

Additionally, Jennifer Hudson will be receiving the second annual People’s Choice Award for Favorite Humanitarian for her work with the Julian D. King Gift Foundation, an organization she formed in 2009 in honor of her nephew, Julian King.