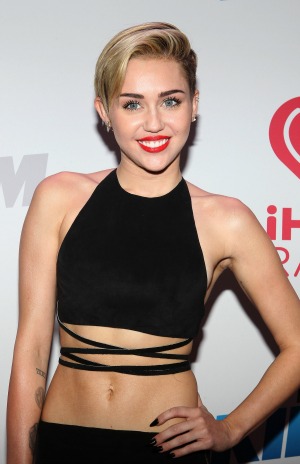 Miley Cyrus owned the headlines in 2013. Whether or not you agree with her style, or her dancing, there’s no question she was one of the most-talked about people of the year. So MTV has crowned her their best artist of the year.

The singer made news with her twerk-filled performance at the MTV Video Music Awards earlier this year, and followed that up with numerous other headline-making performances. She also sang in front of (or, with) a cat at the American Music Awards.

Cyrus told MTV shortly after her VMA performance that her idea was nothing new in the world of pop music.

But even though the singer obviously wanted to make a statement, she made a lot of musical conquests as well. Her new album Bangerz landed at No. 1 when it was released in October, according to CNN. Two songs from the album, “We Can’t Stop” and “Wrecking Ball,” also landed at the top of the charts, and Vevo.com said they’re the top two most-viewed videos of the year.

Cyrus has landed on plenty of other lists this year, too. Barbara Walters calls her one of the most interesting people of the year, and Time lists her as one of the best and worst dressed of the year. But even though she’s is one of the top artists on many lists, GQ called her one of the least influential.