Lorde hasn’t tried to make friends in the entertainment industry, but One Direction and Justin Bieber fans have crossed the line this time when responding. 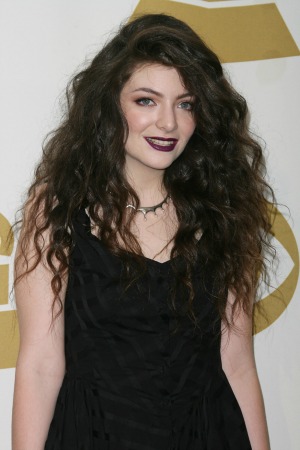 Lorde is very new to fame, and besides her schedule of touring and award-winning, she’s just trying to be a 17-year-old girl.

But she’s already being followed by paparazzi, and a photo of her with her 24-year-old boyfriend James Lowe surfaced last week, causing frenzy among a lot of people.

Lorde was rumored to have said some things about One Direction and Justin Bieber in the last few months, reportedly calling them ugly. Fans of the musicians didn’t take it well, and they took their hate out on Lorde and Lowe.

Twitter users tweeted things like, “How can lorde call one direction ugly, has she seen her boyfriend” and “Lorde: ‘All of One Direction are ugly.’ Come back to us when your boyfriend doesn’t look like PSY gone wrong.”

The tweets from fans got much, much worse and aren’t worth repeating.

The singer hasn’t exactly tried to make friends since landing on music’s A list, but there’s no actual evidence she called anyone ugly.

She has called out celebs like Taylor Swift, Selena Gomez and others. But the latest controversy is not the right way to react — by anyone’s fans.

Lorde’s recent comments about numerous celebs reportedly include both 1D and the Biebs. About Justin Bieber, she recently told MTV, “I feel like the influences that are there in the industry for people my age, like Justin Bieber or whatever, are just maybe not a very real depiction of what it’s like to be a young person.”

VIDEOS: What do VS models, Bieber & Lorde have in common? >>

The Grammy Award nominee also allegedly slammed One Direction, saying, “One Direction are pretty overrated and their music isn’t really good. I find it odd they’re famous,” according to Yahoo. But that quote has never been verified by Lorde, and no one seems to know when she said it or who she said it to. Just days after she reportedly said it, she tweeted about the group.

Although Lorde seems to always say what she thinks, and may welcome anyone else saying what they think, no one deserves the messages the fans are sending.

One thing is for sure, though: Lorde is definitely in young love with her boyfriend, so Beliebers and 1D fans shouldn’t be worried about her stealing their imaginary boyfriends.