Justin Bieber may have just lost a fan and upset a hotel guest in the process when he mocked a young woman for her curvy figure. Is the 19-year-old singer’s behavior getting worse? 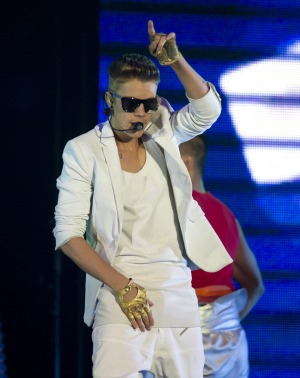 We all know Justin Bieber has not been very popular in the media lately and that his life has been riddled with turmoil and unwanted publicity as of late.

However, if the rumors are to be believed, Biebs just took his bad behavior to a whole new level.

There is no excuse to be nasty, especially to your fans who have made you successful. So it comes as a shock that the “All That Matters” singer allegedly mocked one of his female fans and angered fellow guests at the Hyatt Regency hotel in Perth, Australia, on Sunday.

Apparently, the 19-year-old superstar thought it would be funny to mock a young girl about her curvy figure. Many people may be willing to look past Bieber’s antics, but there was one hotel guest who had had enough…

Helen Robinett revealed her story to News.com.au, saying, “There were four young girls in bikinis. One girl who was gorgeous looking, with long dark hair and would have been about a size 14.”

“Justin looked over at her and said, ‘What are you, Hawaiian or something?’ She said, ‘No, I’m not.’ Then he said, ‘You look like a beached whale.’ … The girl said, ‘Are you serious?’ And he said, ‘You should go on The Biggest Loser.'”

“The whole pool deck heard him call this beautiful young girl a beached whale. I made a complaint to the hotel, and they said the girl was OK and she was a Bieber fan,” Robinett said.

It is quite possible that the “Boyfriend” singer was making a joke and it was misinterpreted, but even so, this is hardly an amusing joke at the expense of a young girl.

The upset hotel guest Robinett continued: “He’s nothing without his fan base. And he’s abusing them. The girl next to me said, ‘I can’t believe he just said that, he’s my idol.’ And I said, ‘Well, get yourself a new idol.'”

Is it time to hold an intervention for Bieber? Or do we forget that he is only 19 years old?