Many Tolkien loyalists are outraged that director Peter Jackson added female characters to the classic novel The Hobbit, but Jackson didn’t stop there. Check out these cinematic restylings and decide for yourself if they make the story more or less magical. 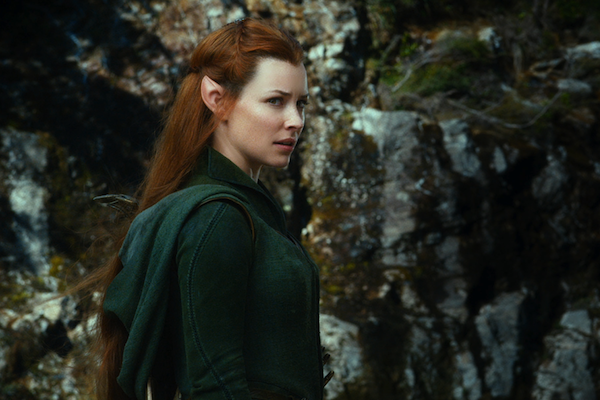 1) The invention of Tauriel

Who is this mystery elf? She’s an all-new, non-Tolkien character created by the filmmakers to add more estrogen to the movie. The lovely-yet-fierce Evangeline Lilly (Lost) plays the Woodland Elf as a powerful, sharpshooter with healing abilities. Captain of Thranduil’s Guard, Tauriel fights with a bow and two daggers. How do we feel about this addition? We heart Tauriel.

5 Things to know before seeing The Hobbit: The Desolation of Smaug >> 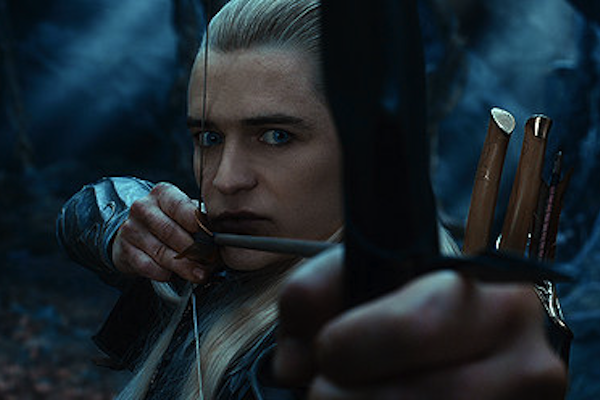 Also not in the original Hobbit story is the Lord of the Rings character Legolas (Orlando Bloom), who appears in the film. It becomes clear that Legolas’ pointed ears tingle whenever Tauriel is around. But Legolas is the son of the Elvenking, Thranduil and cannot marry a lowly Elf Guard. Further creating distance between these moon-crossed lovers is Tauriel’s attraction to the dwarf, Kili (Aiden Turner).

3) The dwarf Kili gets injured

While in the book, Kili journeys with the other dwarves, entering Smaug’s lair. In the film, he gets a leg injury that becomes infected. He’s forced to stay in Lake-Town with Bard and his children, hoping a pretty, ginger-haired elf will heal him.

The Hobbit’s Tauriel vs. The Hunger Games’ Katniss smackdown >> 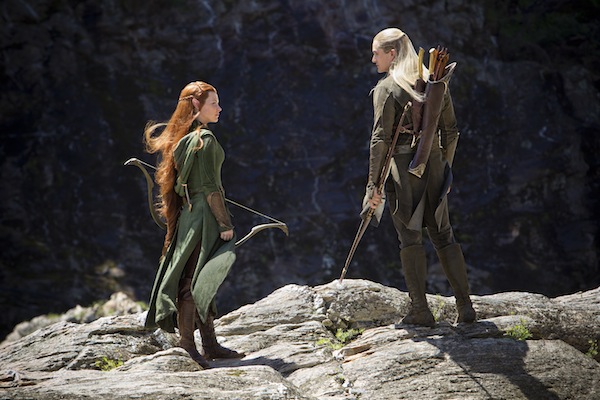 Tolkien created two Elvish languages for Middle-earth: The common, conversational Sindarin and the formal Quenyan. Tolkien scholar David Salo worked with Peter Jackson to translate some of Tauriel and Legolas’ dialogue into Elvish and it’s like music to our un-pointy ears. 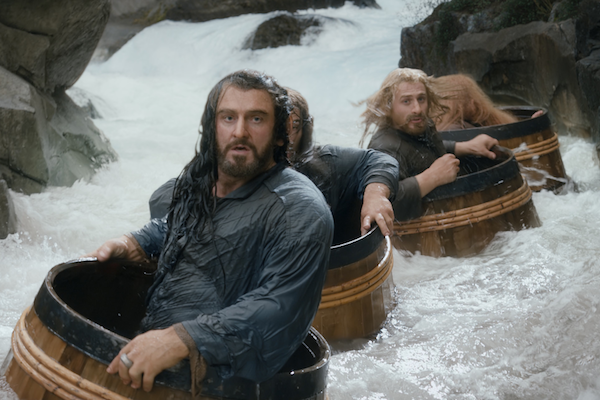 5) Dwarves float in barrels without lids

In the book, the lids are tightly fastened with the dwarves inside as they float down Forest River to escape from Elvinking’s Hall. In the film, we get to see the enchanting faces of each creature as they bob down the river. We think this was a good, highly cinematic addition. 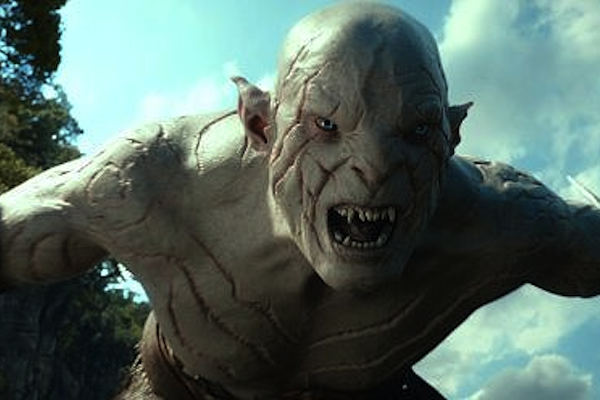 6) Azog gets a promotion

Though Azog the Defiler (Manu Bennet) does exist in the Tolkien mythology, in Desolation of Smaug, the Orc is expanded into one of the story’s main villains. To make him look larger than life, Jackson employed motion-capture technology. Azog is incredibly intimidating and appears to have his old battle armor embedded into his flesh.

7) Cute-meet with Bilbo and the dragon

In the book, Bilbo (Martin Freeman) first encounters a sleeping Smaug (Benedict Cumberbatch) in the gold-filled chambers of Erebor. In the film, Smaug’s presence is revealed a little differently. As Bilbo explores the ginormous piles of gold, gems and treasures in search of the Arkenstone, he notices some movement causing a small avalanche of coins. Bilbo then discovers the movement was the opening of the sleepy serpent’s eye. Smaug had hidden himself underneath the massive piles of treasure. That’s a lot of bling! 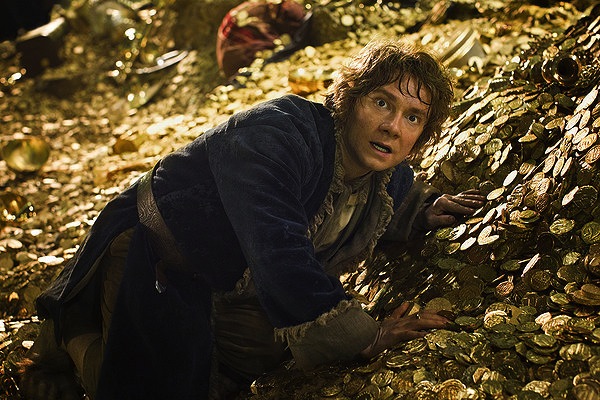 Though big in the book, the movie portrays the dragon as the size of two 747 airplanes. That’s one large leapin’ lizard!

The Hobbit: The Desolation of Smaug opens today.