Another celebrity is dealing with their addiction. Director Adam Shankman decided it was time to seek help. 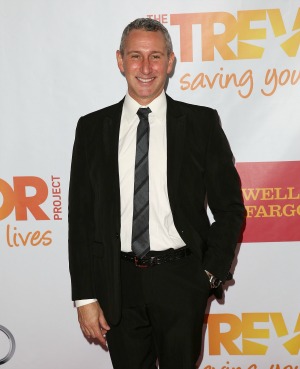 Glee director Adam Shankman has decided to make his health a priority during the holiday season. Us Weekly is reporting that the 49-year-old choreographer has checked into rehab.

Shankman’s rep released a statement to the entertainment site, “Adam Shankman is currently seeking treatment in a rehabilitation center. His friends and family support him and wish him well on his journey to recovery.”

The news is rather surprising given the fact that he was seen the night before at the TrevorLive event in Hollywood. He was on hand to support his friend Jane Lynch who was honored with the Trevor Hero Award.

A happy-looking Shankman was seen posing with Lynch, Darren Criss and Adam Lambert at the gay youth crisis intervention charity. He even posted an Instagram photo to share with his followers.

The timing of the So You Think You Can Dance judge’s announcement is interesting. He lost good friend Cory Monteith in July to a drug overdose and he’s been an incredible support system to Hairspray actor and recovering addict Zac Efron. Efron entered rehab several times this year to deal with his alcohol and cocaine issues.

There is no word on what type of addiction Shankman is receiving treatment for, but he’s clearly ready to start 2014 with a new outlook.

Shankman was working as a producer on the fifth installment of the dance film series Step Up before he checked into rehab.