Boooooooooo! It sounds like the long-awaited Friday Night Lights follow-up may be nothing but a pipe dream — at least according to the creator. 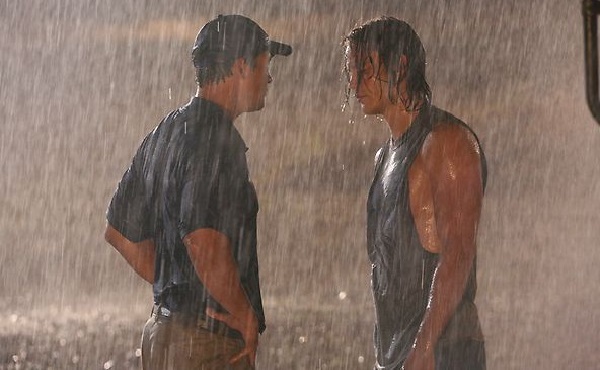 It sounds like it’s time to flood the field, panther fans. Friday Night Lights‘ creator/director Peter Berg has decided to crush our dreams by calling bulls*** on all those movie rumors. Berg spoke to Collider recently and was quick to swat down any talk of a Friday Night Lights movie.

“There’s not gonna be a movie,” Berg said. “We talked about it, some people thought it was a good idea, some didn’t. I’ve come to believe it’s probably not a good idea and I seriously doubt it’s gonna happen.”

Just a year ago, both Berg and showrunner Jason Katims seemed hopeful of a movie. They weren’t promising much by way of cast returns, but they teased to Hollywood Reporter that a sequel might follow the same course of events surrounding the 2009 scandal involving Texas Tech’s Mike Leach. We thought a fast-forward in time to seeing Tim Riggins (Taylor Kitsch) following in Coach T’s footsteps, but bumbling it up a little, seemed like a great way to ease us back into Dillon, without getting knee deep in Buddy Garrity-fueled drama and Tira-riddled sex scenes.

Even Mrs. T thought the movie was a sure bet >>

We didn’t even expect the return of the Coach and Mrs. T. After all, Kyle Chandler has already poo-pooed his return to the role and he’s currently wrapped up in the production of The Vatican. Meanwhile, Connie Britton is singing her heart out on Nashville and Smash (Gaius Charles) is working his charms on Yang in Grey’s Anatomy. As for Julie Taylor, the coach’s daughter and most-likely-the-future-wife-of-Matt-Saracen, Aimee Teegarden is set to star in the new CW show, Star-Crossed, which SheKnows happens to be particularly giddy over.